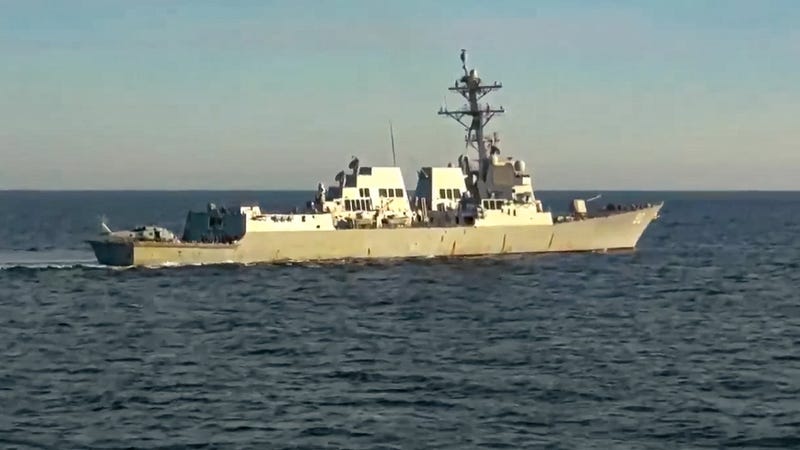 Russia’s Defense Ministry said a Russian warship on Friday prevented a U.S. Navy destroyer from what it described as an attempt to intrude into Russia’s territorial waters in the Sea of Japan.

The incident came as Russia and China conducted joint naval drills in the area, and follows other dangerously close encounters involving Russian and Western warships. It appears to reflect Moscow’s intention to raise the stakes in deterring the U.S. and its allies from sending their ships on missions near Russian waters, as relations between Russia and the West are at a post Cold War low.

There was no immediate response from Washington.

The ministry said that the Russian navy’s Admiral Tributs destroyer closely approached the U.S. destroyer USS Chafee to chase it out of the area near Russian waters that was declared off limits to shipping due to the gunnery drills there as part of the Russia-China maneuvers.

It said the Russian vessel came close to the U.S. warship after it had ignored repeated warnings to leave the area in the Peter the Great Gulf. The ministry charged that after making "an attempt to cross the Russian sea border,” the U.S. warship changed course when the two ships were just 60 meters (66 yards) away from each other and sped away.

It denounced the U.S. destroyer’s maneuvers as a “crude violation” of the international rules on averting ships’ collision and a 1972 agreement between Moscow and Washington on preventing air and naval incidents and summoned the U.S. military attache to protest what it described as its crew's “unprofessional action.”