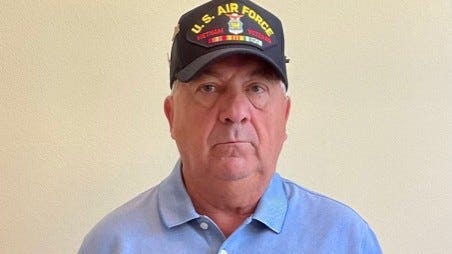 A Vietnam veteran from Monson, Mississippi has written a book that honors five hometown heroes who were killed in the war.

Chuck Nothe said the idea for the book, “Five Names on a Granite Slab,” came from the Monson Vietnam Memorial, which lists the names of five men who were killed during the conflict.

“Whenever I stopped to see the memorial, to me they were much more than names,” he said. “I know most of them, but others, those names meant little.”

The book honors Ken Berube, who worked behind the counter at Brown’s Drug Store, serving Nothe and others their soda and ice cream

“He was four years older than I was, but I remember him well,” said Nothe .

Berube and Nothe each received work scholarships at Monson Academy. Following two years of college, Berube enlisted in the Marines, became an officer and F-4 pilot in Vietnam.