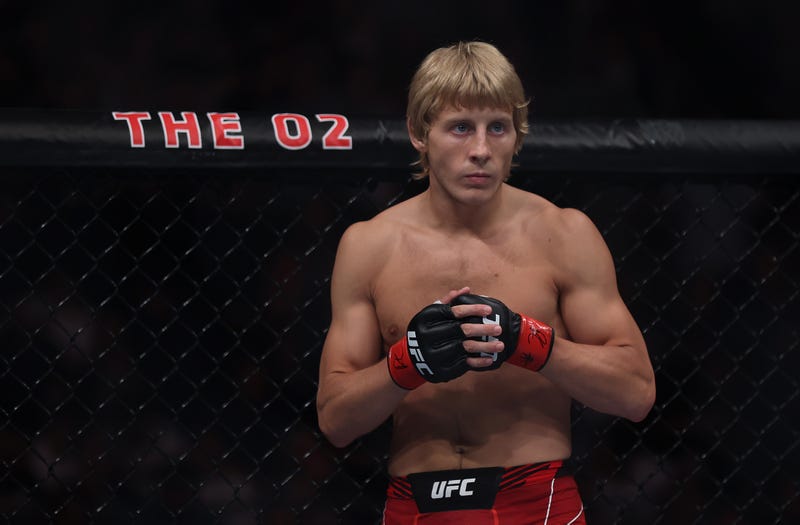 Rising UFC star Paddy Pimblett is advocating for mental health. Over the weekend at UFC London, Pimblett spoke out after winning a fight against Jordan Leavitt.

The 27-year-old UFC fighter encouraged men to openly talk about mental health, sadly revealing that one of his friends died by suicide. "I woke up on Friday morning 4AM to a message one of my friends back home killed himself,” Pimblett said. “This was 5 hours before my weigh-in. So Ricky, lad, that’s for you." Pimblett continued, "There’s a stigma in this world that men can’t talk. Listen, if you’re a man, and you’ve got weight on your shoulders, and if you think the only way you can solve it is by killing yourself, please speak to someone."

The crowd applauded in support of Pimblett’s statement. Additionally, the official UFC Twitter account posted the message with the caption “Fighting for something bigger than himself.” Pimblett added, "Speak to anyone. People would rather... I know I would rather have my mate cry on my shoulder than go to his funeral next week. So, please, let’s get rid of the stigma and men start talking."

Statistically, men are less likely to talk about their mental health than women. According to a previous survey from the American Psychological Association, nine percent of men have daily feelings of depression or anxiety and 1 in 4 spoke to a mental health professional.