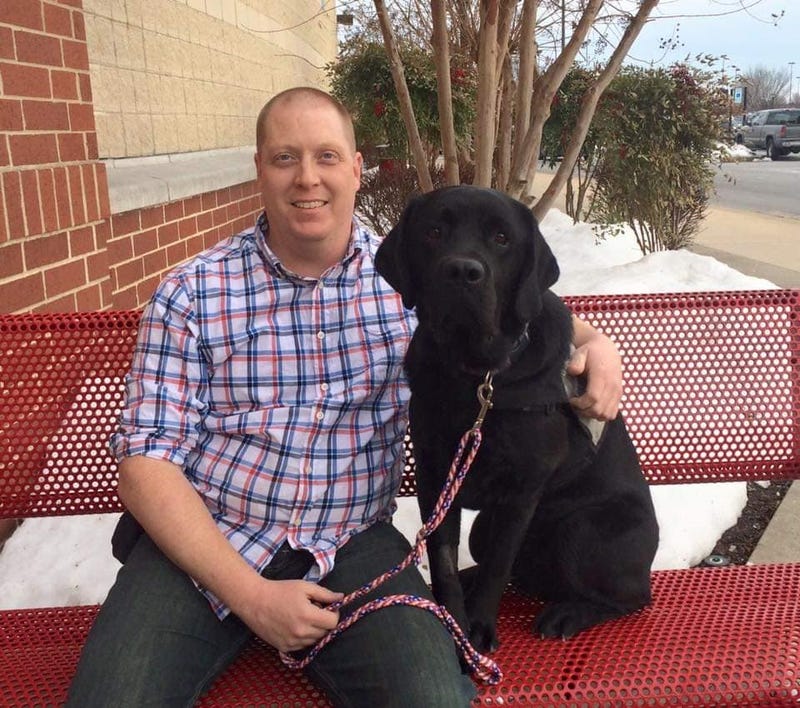 A Warrior Canine Connection dog has been honored with the AKC’s 2020 Humane Fund Awards for Canine Excellence in the service dog category.

Beavercreek Ohio residents Ryan Garrison and Luke, a six-year-old Labrador Retriever and mobility service dog, were paired up by WCC in 2016.

Garrison, who enlisted in the Air Force after the 9/11 attacks, was severely injured while deployed in Iraq in 2006. His injuries included fractured and torn discs in his back, which have resulted in numerous surgeries, chronic pain and anxiety. 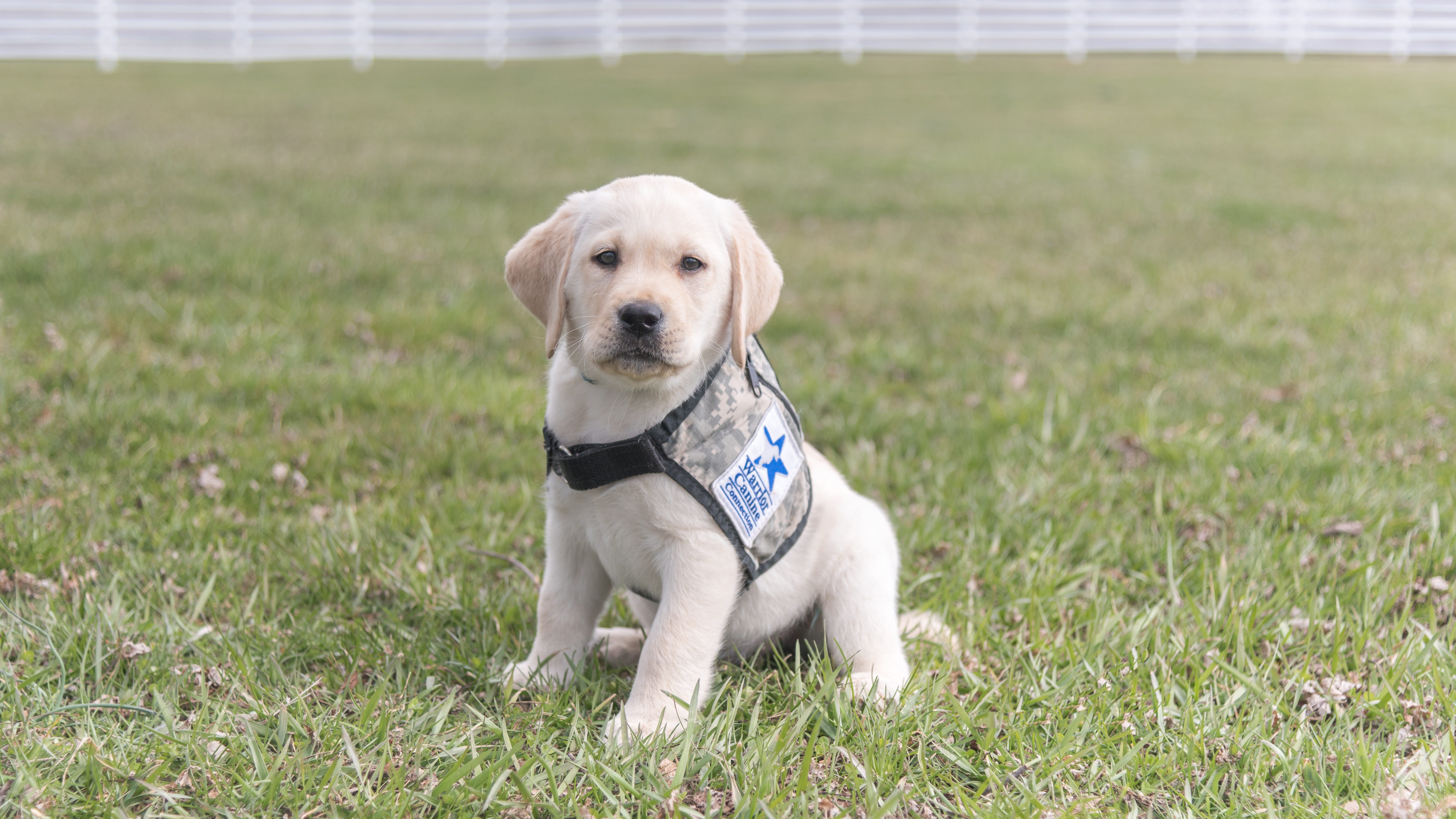 Luke not only helps Garrison with his mobility and everyday tasks but since being paired with him, Garrison has been able to better control his anxiety and PTSD.

“I feel beyond blessed to be able to share what Luke, and other WCC service dogs, can do,” said Garrison. “My hope is to encourage other veterans to take a step forward to seek help.”

The official announcement was made earlier this month on an AKC.tv special, which featured a daily episode on each of the five ACE award categories.

“Ryan and Luke have had a special bond since day one,” said WCC Founder and Executive Director Rick Yount. "Luke started healing humans as soon as he was named after 1st Sgt Luke Mercardante, a proud Marine killed in action in Kandahar Province Afghanistan.”

Yount said the service dog brought comfort to the Mercardante family, the many veterans who helped train him in WCC's Mission Based Trauma Recovery program, and especially to Garrison and his entire family. 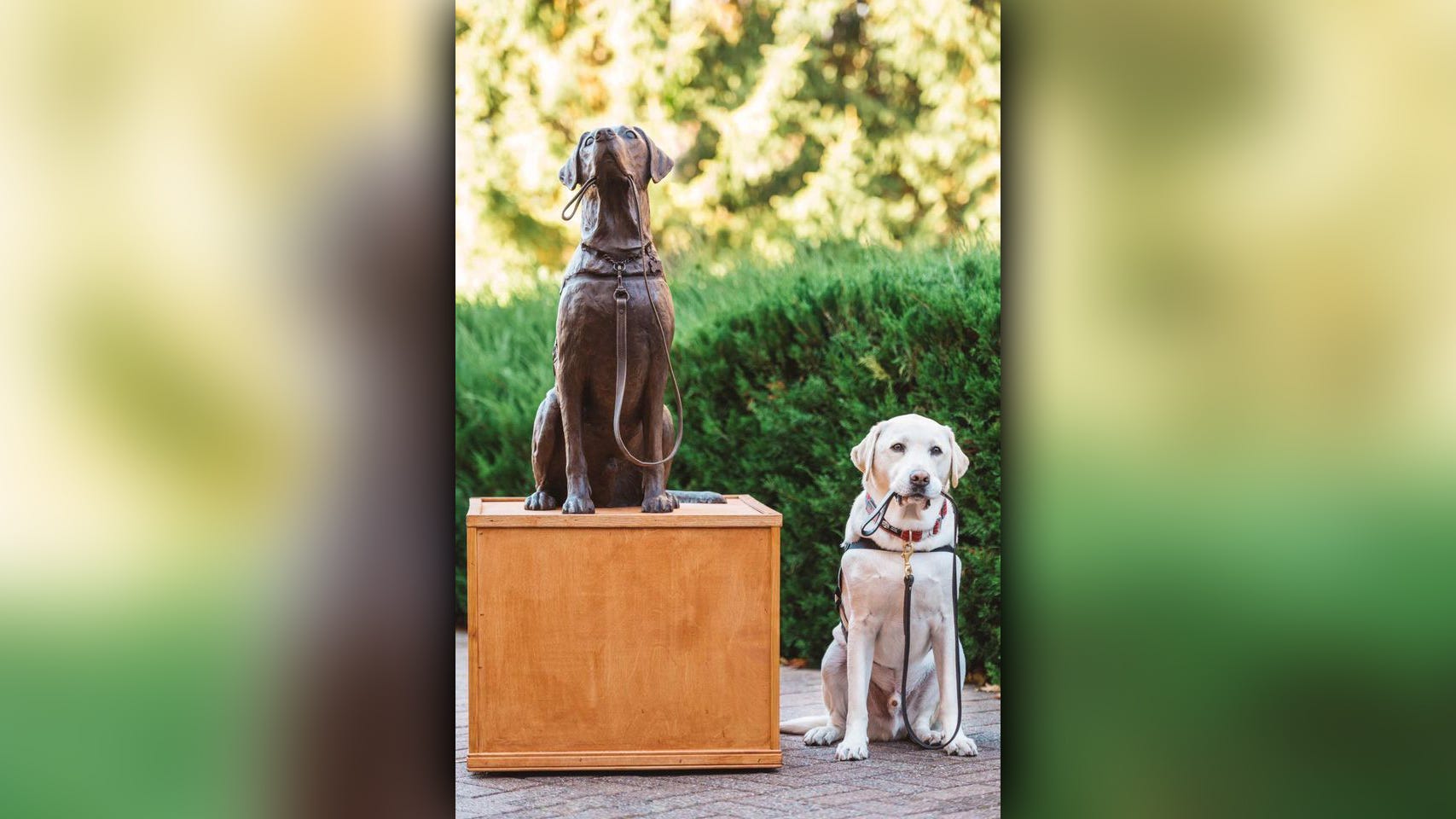 In January of this year, Ryan, Luke and his son were involved in a rollover vehicle crash, which triggered flashbacks of his incident in Iraq. Luke gently nudged and pawed at Ryan to pull him out of his anxiety attack. Once they were pulled to safety, Luke calmly walked over to him and took the comfort command position that he was taught at WCC. Even during such a traumatic incident, Luke followed his training and put comforting his owner ahead of anything else.

That experience inspired Garrison to form, Valor Therapeutics, a nonprofit he and his wife are launching to serve active duty veterans and first responders in Dayton and the surrounding area. They plan to provide creative arts therapies, such as music and art therapy, to individuals who’ve seen and experienced traumatic life events.