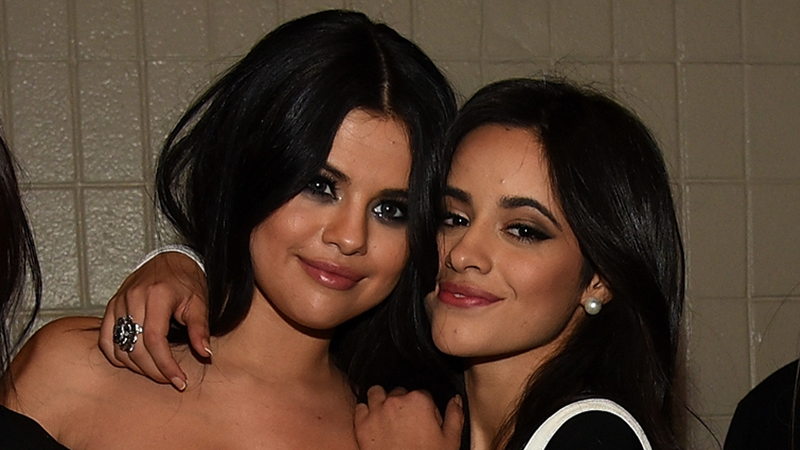 When it comes to sharing about her mental health, Camila Cabello wasn’t always comfortable keeping it real. After some time and reflection, that’s all changed.

During a recent conversation with Selena Gomez, her friend and co-founder of Wondermind for their May cover story, Cabello revealed why she's now more comfortable talking about her mental health journey, and shared the best advice she's ever received.

Talking about her anxiety, Cabello said, "In the moment, everything feels dizzying and overwhelming and like you're on this ride thinking, 'Just help me get off.' In my mind, it's a loop, like obsessive-compulsive stuff." Adding that it her mental state often affects her physical state as well. "In my body, it's a tightness, almost like I can't move, like my hands are tied and everything is just tied up," she explains.

Cabello admitted she "felt really anxious even talking about those things" when elaborating on the time she felt too ashamed to speak up about how she was feeling. "Because I think before I went on that journey I was almost scared to be found out, like, 'This is weird, my brain is broken, this isn't normal.’ And I think when you talk about and people are like ‘oh yeah that makes sense,’ you're like 'oh wow'… there’s like no big secret to hide."

Revealing another reason for her hesitancy to open up at another point in their discussion, Camila told Selena it was because of the stigma surrounding therapy and medication, something she noted to not understand and grown quite frustrated with.

"I feel like it (the stigma) exists even more in the older generations. People like my parents' age have such shame about needing therapy or feeling anxiety. The stigma around saying that you need help is something that frustrates me because sometimes people can be like, 'No, I don't need that, I just need free time,' or whatever," she said. "Obviously that's valid, but just because you're in therapy doesn't mean something is more wrong with you than other people. We all have things that we could work on, we all have tools that we could learn, and it doesn't mean that you're 'crazy' or ill.”

It was this realization that helped Camila find her truth in being vulnerable and by validating her feelings she’s seen a major shift for the better.

“I think the best mental health advice that I've ever received is that faking or pretending is the worst thing for my mental health, personally,” Camila expressed. “Saying the truth and being vulnerable and talking about it is basically what my therapist says to me in every session.”