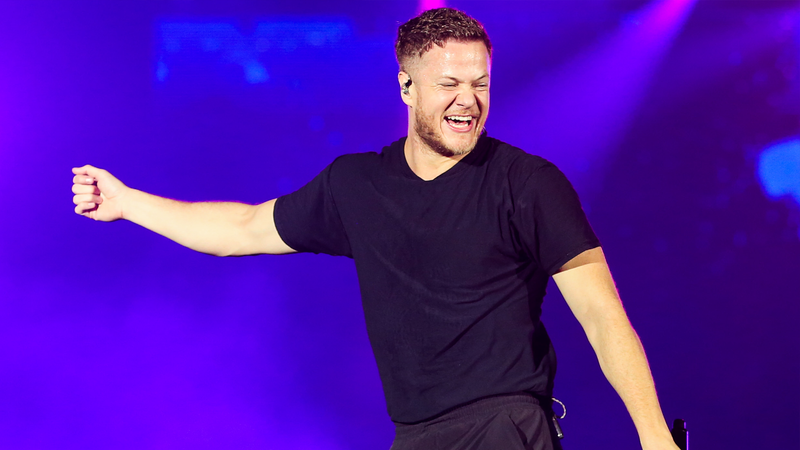 Though it might sound cliche, if you asked Imagine Dragons frontman Dan Reynolds how he went about choosing a career in music, he’ll tell you it was the opposite, and that music chose him.

Additionally revealing he was creative, expressive, and in his feelings from a very young age, Reynolds opened up to Inc. all about the depression and mental health struggles he experienced while growing up, that didn’t make sense until he got older.

Though he knew something was off when he’d lose interest in things he used to like or felt "numb,"it wasn't until he became a teen that he realized there was a word for it.

"I didn't have a name for [depression] in my teen years, but I knew that I was different than the kids around me," he says. "I was just different, and I didn't quite know what it was. When I got into high school, I certainly started to know, 'OK this is depression.' Anybody who's been depressed knows that it's not [just sadness]. There's a big difference between, 'Hey, I'm sad my girlfriend broke up with me. I'm heartbroken and I'm sad,' and depressed.”

In turn, as Reynolds admitted, “I lost interest in everything that I usually used to like. I became very anti-social; I didn't want to go out and felt numb."

However, things started to get better, when he discovered his passion for music.

"When I started to deal with mental health issues, music was therapeutic for me in a way that nothing else was," he said. "I felt like I could communication in a way that I wasn't able to [as] an adult, or to anyone, really. That's why I say [a music career] kind of chose me because I really didn't have a choice. If I was going to stay alive, I was going to do music. I genuinely feel like music saved my life in that way.”

He continued, "Two things have saved his life: music and therapy. So I believe in both, and I live both every single day. That being said, I also think somethings you just have to go on a path, and everybody goes on a different path.”