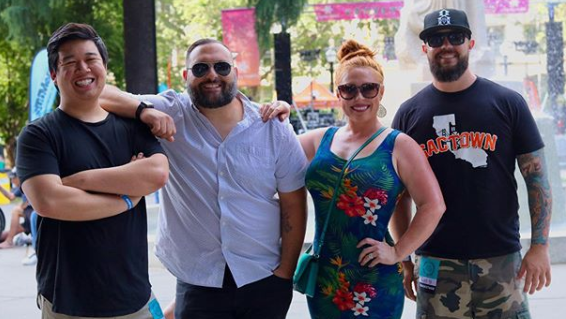 Here's what you missed on the Wake Up Call:

Gavin calls as Melissa Sisters' taking about her cuckoo clock:

Kevin gives us a Bitcoin update.

In Case You Missed It: Hubie Halloween Most Streamed on Netflix

The Wake Up Call share their thoughts about the new Netflix movie, Hubie Halloween

For the Frist Time:

Gavin calls someone to see if he could get their vote for Comptroller:

Are You Smarter Than Katie

A listener gets asked 5 questions while Katie is out of the stuido. Then Katie gets asked the same 5 questions. Whoever gets more wins. Ties go to Katie. Playing for Pride.

Did You Know With Intern Kevin

Intern Kevin comes into the studio with facts that he found on the internet in hopes someone learns something new:

Why The Wake Up Call Wasn't In Studio:

The Wake Up Call share the reason why noone was allowed in the studio yesterday.

Gavin calls a plumber named Max to tell him he needs his help to gedt him out of an awkward situation:

The Wake Up Call pay another round of Concentration:

Celina was gong to throw a bridal shower for Laura, but Laura had to move the Bridal shower to someone else's house because Celina only bought the materials.