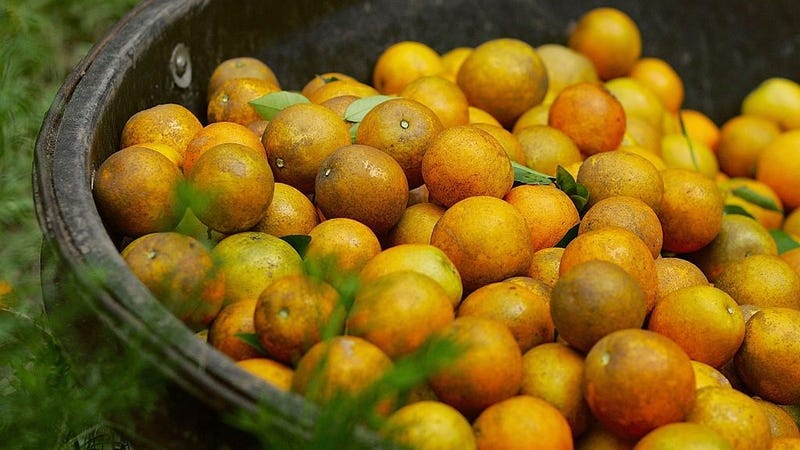 Florida is currently on pace to produce the smallest crop of oranges in 77 years, according to a forecast released last month by the U.S. Department of Agriculture.

They reported last week that Florida is on pace to produce 44.5 million 90-pound boxes of oranges during the current season -- a 1.5 million box reduction from December's forecast.

The last time the orange crop was that small was in 1944-45, when it produced only 42.3 million boxes of oranges.

“The disappointment of another decline in the forecast is hard to overstate. But so too is the determination of Florida’s citrus growers who remain focused on delivering great-tasting and high-quality fruit while – simultaneously – seeking new solutions to citrus greening,” Shelley Rossetter, assistant director of global marketing at the Florida Department of Citrus, said in a statement.

Americans can likely expect a rise in orange prices this year because of the smaller crop.

For example, the current price of a 3 pound bag of Navel oranges costs $5.27 on Walmart's website, and a 52 ounce bottle of Tropicana Pure Premium orange juice costs $3.48.

The price of orange juice has increased 5.26%, or $7.70 per pound since the beginning of the year.

Citrus greening, a bacteria that causes fruit drops and even kill citrus trees, along with other diseases that can harm the fruit have caused Florida's orange production to decrease for almost 20 years.