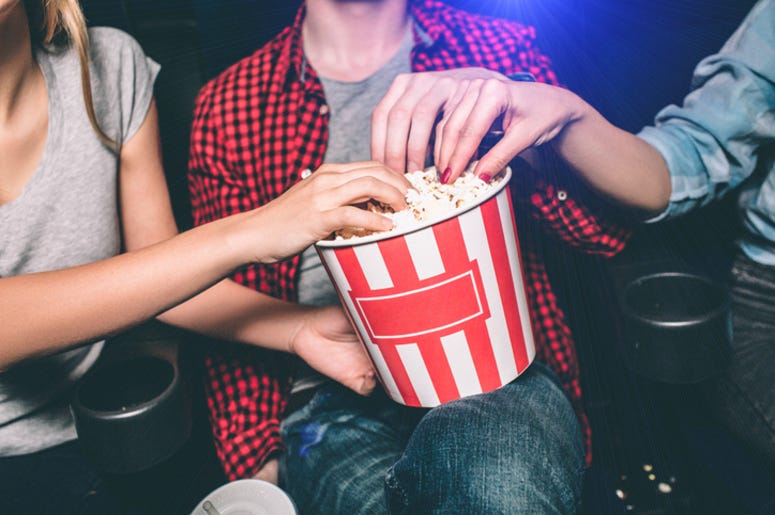 For some people, the best part of going to the movie theater is getting a giant tub of popcorn, covered in oily butter.

Of course, the only downside to using the butter dispenser at the movie theaters is the struggle to get the butter evenly distributed over the popcorn.

However, one woman just solved this problem sharing a simple food hack for buttered popcorn.

As seen in the viral clip, the woman places a straw in the tub of popcorn, pouring the butter down the straw, instead of over the popcorn.

“I love buttered popcorn, but I hate when the butter is only at the top, so I use a plastic straw all the way down in the popcorn bucket to get the butter to the very bottom and all the way through,” the woman says in the video.

According to Fox News, the viral video has been viewed over 4.6 million times.

Many online were amazed by the simple food hack, though some said they had been doing this for years.

As for the woman in the video, she said she was taught the trick by her aunt. Thanks to this woman, and her aunt, the movie theater experience just got a lot better.