Hope springs eternal in the early days of training camp with baseball at long last returning from its winter hibernation, with players taking to Florida and Arizona for a much-needed month of warmup reps ahead of Opening Day. It’s onward and upward for MLB’s 30 clubs—dwelling in the past won’t get you far in this racket. If the recent emergence of young talents like Fernando Tatis Jr. and Juan Soto have taught us anything, it’s that the future of MLB is in extremely capable hands. Each year brings a new batch of fresh-faced prospects ready to take the sport by storm. Which highly-anticipated up-and-comers will make their big-league presences felt in 2021? Here are 10 players who might match that criteria. 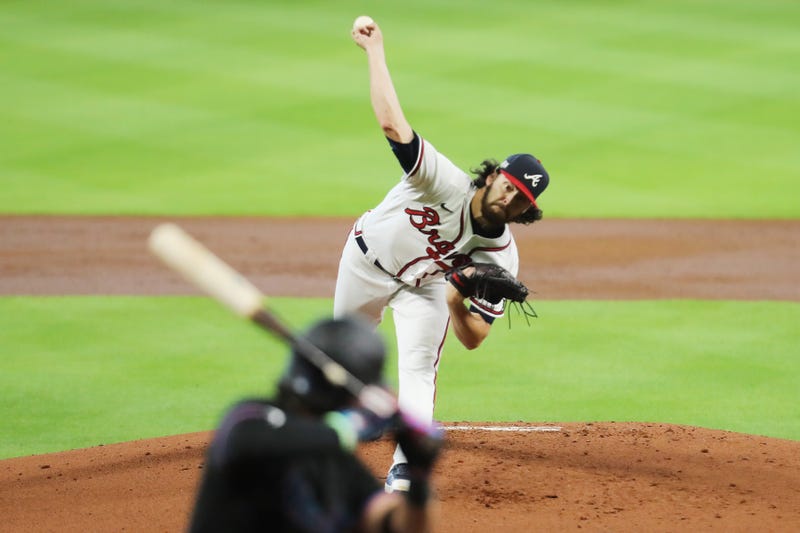 If you’re looking for a rags-to-riches narrative, you won’t find one here. Save that Disney, zero-to-hero stuff for someone who needs it. Anderson, a 6’3” right-hander with a lethal three-pitch mix (fastball, curve, changeup) has always stood out. His dominance on the prep circuit (he first rose to prominence at Shenendehowa High School in upstate New York) propelled him to national recognition and the spotlight’s been on him ever since. Drafted third overall in 2016 (a $4-million signing bonus was all it took for him to decline a scholarship to Vanderbilt), Anderson steadily climbed the Braves’ minor-league ranks, eventually debuting in Atlanta’s rotation last year. The 22-year-old was as good as advertised, compiling a breathtaking 1.59 ERA with an 11.47 K/9 over 10 combined regular and postseason starts. Classifying Anderson as a “prospect” feels dubious, though he’s technically still a rookie, having thrown just 32 1/3 major-league innings. Regardless, Anderson boasts all the familiar trappings of a top-of-the-rotation ace and, barring injury, appears ticketed for sustained big-league success.

Arozarena’s ascension from late-season call-up to playoff god—he set postseason records for hits (27), home runs (10) and total bases (64)—was nothing short of remarkable. It feels strange, bordering on disingenuous to label Arozarena—who you could argue just had the greatest individual postseason of all-time—a prospect, but somehow, the 25-year-old remains rookie-eligible after logging just 64 regular season at-bats in 2020. Maddeningly clutch with rare power (especially for his relatively slight, 5’11,” 170-pound frame), the Cuban-born outfielder oozes swag, commanding the room with his daring base-running, thunderous home runs, animated reactions and penchant for swinging at most anything. The former Cardinals farmhand still has his skeptics—MLB.com had the gall to slot him 34th in their annual prospect rankings. But after seeing Arozarena flip the sport on its head last fall, don’t count me as one of them.

Under normal circumstances, Carlson would have shed his prospect label last season, but the unusual, COVID-abbreviated nature of 2020 keeps him within that purview. After experiencing slight growing pains in the lower levels of the minor leagues, the light bulb went on for the switch-hitting outfielder in 2019, who torched Double and Triple-A pitching to the tune of a .292/.372/.542 batting line, socking 28 homers along the way (he threw in an even 20 steals for good measure). Carlson’s first month in St. Louis was Struggle City but the unflappable 22-year-old redeemed himself late in the season, sprinting through the finishing tape with a robust .323 average over his final 10 showings (playoffs included). Six of his 10 hits during that span went for extra bases (four doubles, one triple, one homer), a testament to Carlson’s 60-grade power. Slated for an everyday role in right field (Dexter Fowler’s recent trade to Anaheim cemented his status at that position), the 2016 first-rounder will look to take his game to another stratosphere as he embarks on his first full season in the bigs. 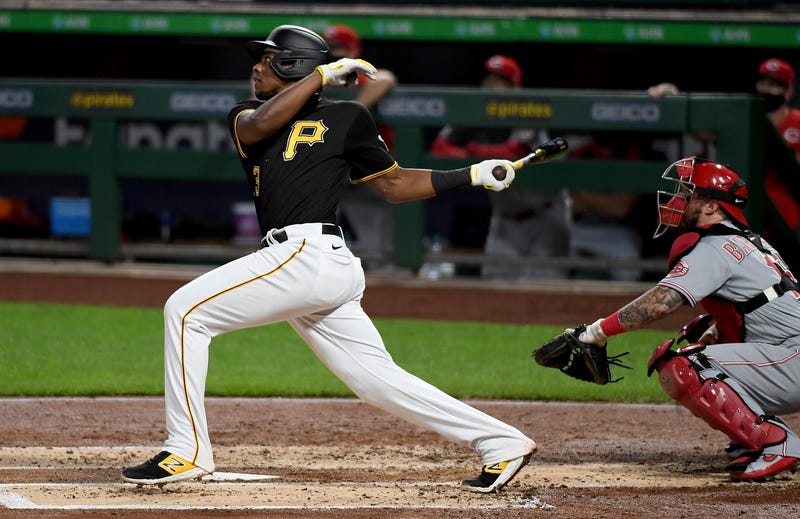 Hayes didn’t tiptoe into the majors like some players might have. He headed straight for the rooftop with a megaphone and set that bad boy to maximum volume, announcing his monumental presence with a blistering opening month. As Hayes’ mammoth September would attest (.376/.442/.682 with five homers in 85 at-bats), the 24-year-old isn’t going for subtlety. Hayes, who arrived in Pittsburgh as the 32nd overall pick in 2015, is a man on a mission, and that mission is to become one of baseball’s premier sluggers. He’s well on his way, too. The son of former MLB journeyman Charles Hayes (who shared a clubhouse with Hall-of-Famers Derek Jeter and Mariano Rivera as a member of the Yankees’ 1996 World Series team), the smooth-swinging third baseman went ballistic in his introduction to the bigs, catching fire down the stretch last year by hitting .516 (that included a 5-for-5 masterpiece at Cleveland on September 26th) over his final eight contests. The Bucs are going to be a tough watch this season—FanGraphs projects them to finish with MLB’s worst record (65-97)—but Hayes’ development will still be worth following.

Kopech, a first-round pick of the Red Sox in 2014, has been popping up on top prospect lists for the better part of a decade now. The 24-year-old can clock triple-digits on the radar gun, but rest assured, Kopech’s jaw-dropping velocity is more than a mere parlor trick. Kopech, who landed in the Windy City as part of the return package for Chris Sale in 2017, hasn’t pitched a game in over two years, missing 2019 in its entirety following Tommy John surgery before opting out of 2020 amid lingering COVID fears. The right-hander may have underwhelmed in his first big-league rodeo (5.02 ERA over four starts in 2018), but we know the flame-throwing Kopech can miss bats with the best of ‘em, as evidenced by his sterling 11.69 K/9 in the minor leagues. Kopech’s exact role this upcoming season has yet to be determined, but even if the Pale Hose initially stash him in the pen for safe keeping, it’s only a matter of time until he cracks Chicago’s starting five.

Chicago erased a 12-year playoff drought with its Wild Card berth in 2020, putting the up-and-coming White Sox arguably ahead of schedule. With four inclusions in MLB’s Top 100 prospects, the South-Siders are set up to be a dominant force for years to come. Madrigal, who was actually a teammate of Carlson’s at Elk Grove High School (when did Sacramento become such a hotbed for MLB talent?), showed promise in his debut 2020, submitting a .340 average with just seven strikeouts in 103 at-bats. The 5’8” infielder is largely devoid of power (just four homers in 705 minor-league plate appearances), but even without that skill in his arsenal, Madrigal is still well-equipped for big-league success, boasting an elite contact rate (92.4 percent last season) with superb wheels and a feathery touch at second base (five errors in 147 minor-league games). If not for the presence of table-setter Tim Anderson, a one-time batting champ and recipient of last year’s American League Silver Slugger at shortstop, Madrigal would be a logical choice for the White Sox’s leadoff spot. 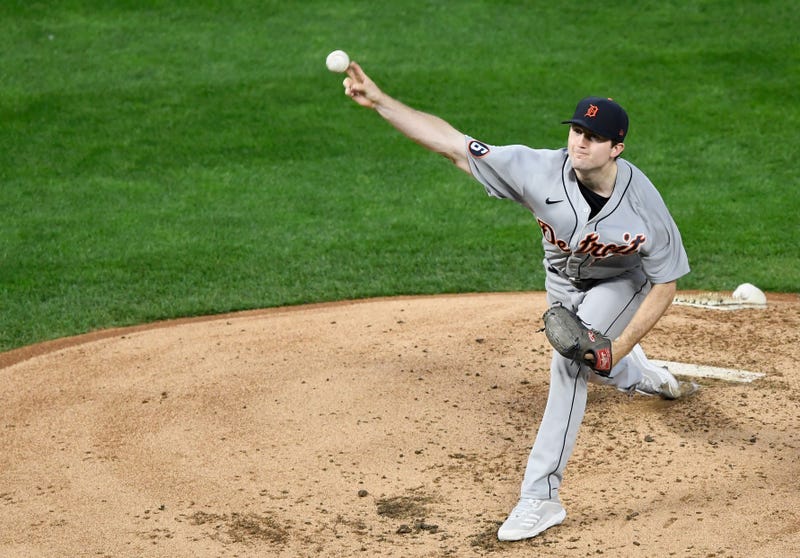 One of five Tigers represented among MLB’s Top 25 prospects, Mize admittedly took his lumps in his big-league introduction last season, limping to a gloomy 6.99 ERA over seven winless starts. Detroit treated him with kid gloves all year, only allowing him to pitch past the fifth inning once. Drafted first overall out of Auburn (where he was also a Tiger), the 6’3” right-hander breezed through the minors, barely breaking a sweat in 26 turns on the farm (2.71 ERA, .209 BAA). The Tigers fast-tracked him to the majors, allowing Mize to bypass Triple-A en route to the Motor City. Mize’s command can be spotty at times and Detroit would be wise to nip his home-run habit in the bud (he served up seven long balls in 28 1/3 innings last year), but the stuff is there. With three plus offerings—his fastball, slider and splitter are all lethal—Mize boasts as tantalizing a repertoire as you’ll see and his arsenal is still growing with a sinker and a curveball both in development.

Last year, Pache experienced the rare phenomenon of logging more at-bats in the playoffs (22) than he did during the regular season (four). The Dominican outfielder wasn’t terribly productive in that span (five combined regular and postseason hits), though he played a mean center field and looks like a future Gold Glover at that position. Pache’s exceedingly rare 80 fielding grade from scouts is further proof of his defensive prowess. And while Pache didn’t wow anyone on the farm with his bat (.283/.331/.401 across all levels), he can fly on the base paths, as evidenced by his 58 minor-league thefts. The return of Marcell Ozuna no doubt complicates Pache’s path to regular playing time in 2021, though the 22-year-old’s defensive wizardry and underrated power should give him the inside track over injury-prone Ender Inciarte in center field.

A JUCO prodigy at the College of Central Florida (not to be confused with the drastically larger UCF), Pearson lived up to his considerable hype and then some in pit stops at Dunedin, New Hampshire and Buffalo, showing little mercy in his brief, but memorable minor-league foray (2.19 ERA, 10.65 K/9, .173 BAA in 34 starts). Pearson, who, at 6’6” and a powerfully-built 245 pounds, could easily pass for an NFL tight end, showed rare poise in his MLB debut last summer, holding his own in an entertaining duel with Nationals ace Max Scherzer (he took a no-decision, scattering two hits and a pair of walks over five shutout frames). The right-hander isn’t a finished product by any means. Pearson had trouble locating the strike zone at times last year, submitting an embarrassing 13 free passes in just 18 innings. But when Pearson is painting the corners with triple-digit cheese (he’s touched as high as 104 mph on the gun) and buckling knees with his ruthless 12-6 curve, the 24-year-old is tough to beat. 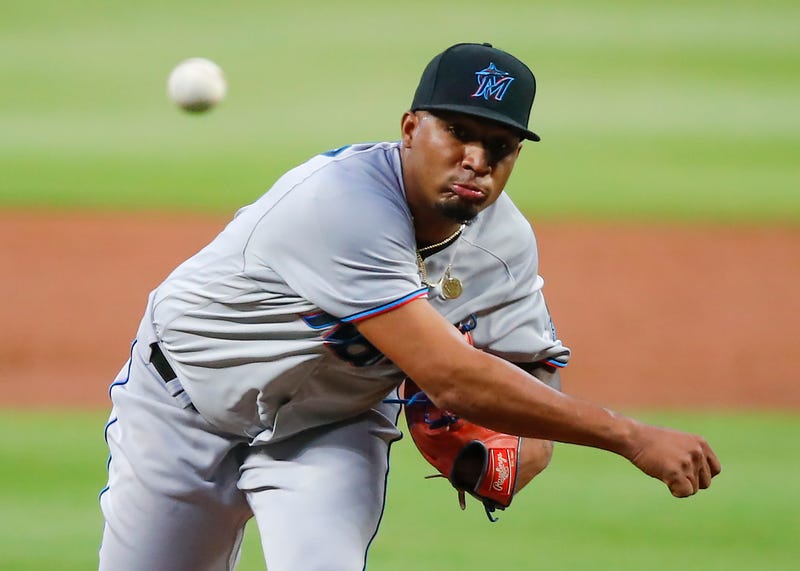 Sanchez, one of three prospects dealt in a trade that brought All-Star J.T. Realmuto to Philadelphia two offseasons ago, made a strong first impression in 2020, seamlessly transitioning from the relative low stakes of Double-A to the Marlins’ starting rotation. The 22-year-old admittedly fizzled down the stretch, but his first month was brilliant, bordering on otherworldly with Sanchez solidifying his big-league credentials over five glorious turns (3-1, 1.69 ERA). There’s more where that came from too, as the right-hander’s glowing, minor-league track record would attest (2.58 ERA, .223 BAA in 68 appearances). Polished as the Dominican hurler may appear, Sanchez enters his sophomore campaign with plenty of room for growth. His walk rate could use a little massaging (11 over his final 15 final innings) and Sanchez needs to batten down the hatches with runners on base (opponents hit .283 against him under those circumstances last year). But in terms of raw potential, Sanchez has all the tools, and he’s not afraid to use them.