Back in 2005, NFL Draft fans cringed as TV cameras kept cutting to Aaron Rodgers, as he stayed in the green room and kept slipping in the first round.

Hindsight is 20-20, but many 49ers Faithful have played the ‘What if?’ game with Rodgers in the years since. San Francisco used its No. 1 overall pick to select Alex Smith, who was moderately successful in the NFL but retired in 2021. Rodgers, who grew up rooting for the 49ers in Chico, is coming off back-to-back MVP seasons and still going strong at 38.

The Green Bay Packers quarterback recently joined Barstool Sports’ “Pardon My Take” podcast and took a couple jabs at the 49ers and then-Oakland Raiders while reminiscing about draft night.

Host Dan Katz, aka Big Cat, is renowned as a Chicago Bears superfan, so he and Rodgers had some funny back-and-forths throughout the interview. At one point, Katz asked Rodgers a pointed question.

“When you said the 49ers were gonna regret not drafting you,” Katz said, “when they’re 4-0 against you in the playoffs, is that regret? How would you describe that?”

Rodgers had a quick retort.

“How many Super Bowls have they won in the last 18 years?” Rodgers quipped.

“The lights went out, that kinda screwed ‘em,” Katz said, referring to Super Bowl 47 against the Baltimore Ravens. “Oh no, that actually helped them I think.”

“But they also didn’t win that one,” Rodgers said. “They also had one of the most iconic defenses in the last 30 years and didn’t win any.”

Katz is right, as the 49ers have ended Rodgers’ season four times, including last year in a thriller at Lambeau Field in the NFC Divisional Round. But Rodgers is also right, as he led the Packers to a Super Bowl 45 victory in 2011. The Niners haven’t lifted the Lombardi Trophy since 1995.

Rodgers also shared a funny anecdote about draft night and how he didn’t wanna end up on the Raiders.

“I was honestly thinking, when the Raiders traded up to 23, I was like, ‘Oooh,’” Rodgers said. “Maybe take somebody else?”

Oakland ended up drafting cornerback Fabian Washington before the Packers selected Rodgers at No. 24. The rest is history.

Bay Area fans could get a chance to heckle Rodgers on Friday night, when the 49ers host the Packers for the preseason opener. 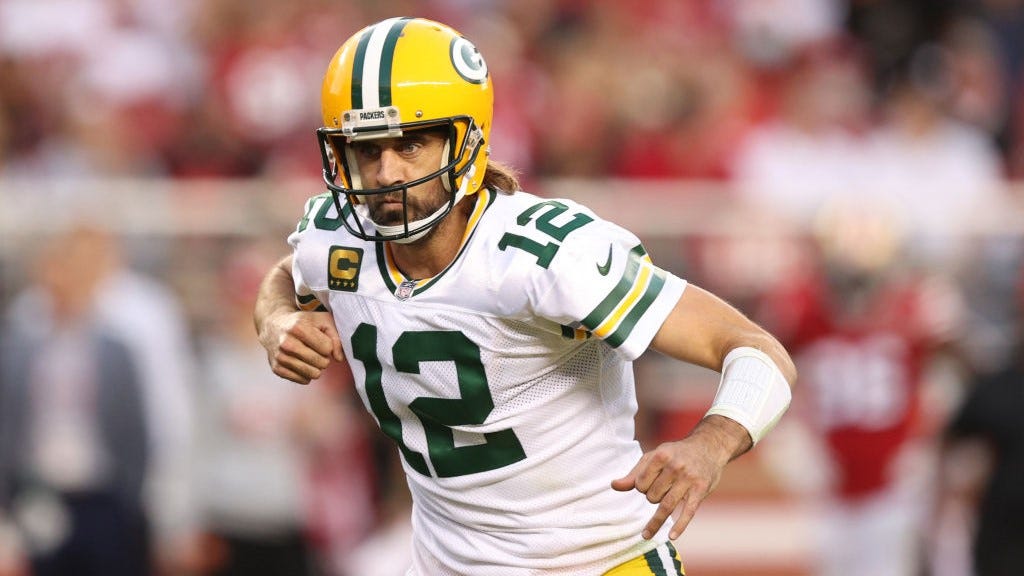