49ers running back Elijah Mitchell is headed back to injured reserve with an MCL sprain to his left knee, coach Kyle Shanahan told reporters in a conference call Monday afternoon. Shanahan said it’s “most likely” Mitchell will be out for 6-8 weeks. The team expects he will miss the final six games of the regular season, but hopes the second-year tail back will return for the playoffs, if the Niners qualify.

“It wasn’t the news we were looking for,” Shanahan said. “He’s pretty disappointed. Everybody knows how good Elijah’s been, how hard he worked to get back from his last one, how good he’s been playing since he’s been back. To be kinda right back there, I know he’s kinda down on it. It’s unfortunate for him, he’s had some real bad luck. You see the hit that it happened on, he got rolled up on and it’s just a bad position for him to be in.”

Shanahan said Mitchell was injured on the initial play of the second half, a four-yard rush, and briefly stayed in the game before exiting. Mitchell missed eight weeks after injuring the MCL in his right knee in the season opener against the Chicago Bears. The 24-year-old looked strong and speedy with good vision in his brief return, carrying the ball 34 times for 183 yards (5.38 per carry).

“All I told him was, ‘He knows what’s ahead of him,’” Shanahan said. “The stuff doesn’t end up affecting him. He’s ended up being able to recover great. He always comes back and he’s always the exact same guy. He’s gonna have six weeks of stuff and frustration, but hopefully we can do our job here so when he comes back, we’re still playing.”

Mitchell continues to fight the narrative that he can’t stay on the field, as he dealt with shoulder, knee, rib and concussion issues that limited him to 11 regular season games as a rookie. He did appear in all three playoff games, however.

Shanahan also offered a brief update on fellow running back Christian McCaffrey, who is dealing with left knee irritation he suffered in Sunday’s win vs. the New Orleans Saints.

“We’ll manage that throughout the week,” Shanahan said.

Undrafted rookie Jordan Mason, who carried the ball five times for 25 yards on Sunday, and third-round pick Ty Davis-Price figure to get more opportunities while Mitchell is out.

Former third-string back Jeff Wilson Jr. and the Miami Dolphins will visit Levi’s Stadium on Sunday. He'd be nice insurance, wouldn't he? The 49ers probably knew they were taking a gamble when they shipped away Wilson at the deadline, but he told reporters that he asked for a trade, and the 49ers wanted to honor his request.

Shanahan said he was relieved that quarterback Jimmy Garoppolo didn’t report any major swelling Monday after a late hit to his lower left leg by Saints defensive tackle Malcolm Roach.

“It was a relief that it was none of those serious injuries,” Shanahan said. “I know he’s pretty sore today and stuff, but hopefully he’ll work that out by Wednesday. But nothing serious.”

Shanahan added that the team is hopeful that guard Spencer Burford (ankle sprain) will be able to return “later in the week.” 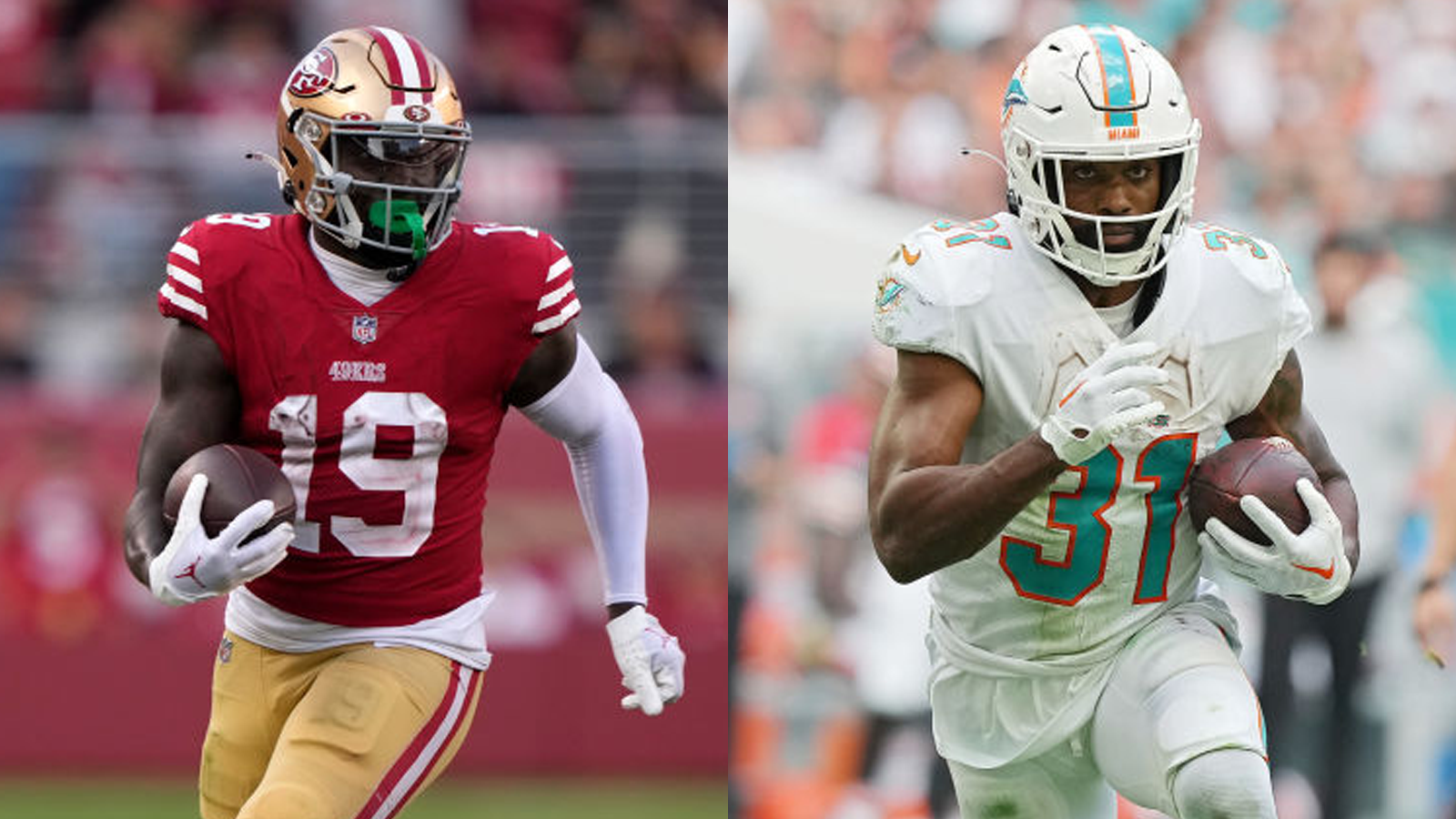