Patrick Mahomes and the Chiefs had another comeback win on Sunday night, once again downing the Chargers in dramatic fashion. The quarterback led a drive in the final two minutes and connected with none other than Travis Kelce for the game-winning touchdown with 31 seconds remaining.

It was Kelce’s third touchdown of the game – and second of the fourth quarter. The Mahomes - Kelce connection is only getting stronger.

But where does that Mahomes - Kelce duo rank in NFL history?

“I know, but even he’s surpassed that, right?” Tapp replied.

“I don’t know, the rings though,” Schwerdt said. “Because the rings matter.”

Gronkowski and Brady won four Super Bowls together: three in New England and one in Tampa Bay. But it goes beyond the rings. The duo connected for 105 touchdowns over 11 seasons.

“It’s not just the rings,” Schwerdt continued. “They have the stats and the rings. That’s why Montana and Rice are number one. … I would put Peyton Manning and Marvin Harrison, probably. I mean, they’re there. They’re in the mix.”

Joe Montana and Jerry Rice are unanimous choices, as are Brady and Gronk, but then it gets cloudier. A case could be made for several famous duos.

“To me, it’s probably Brady and Gronk, Rice and Montana, and then it’s Kelce and Mahomes,” Tapp said. “Or it’s Manning and Harrison, and then Mahomes. But they’re on the Mount Rushmore.”

All in all, Kelce and Mahomes are currently one of the best duos in the league and they may stand the test of time against some of these other iconic pairs.

“This is the beauty of it is we are comparing them to duos who will never have a single connection ever again and as of right now, it looks like they have no signs of slowing down in Kansas City,” Schwerdt concluded. 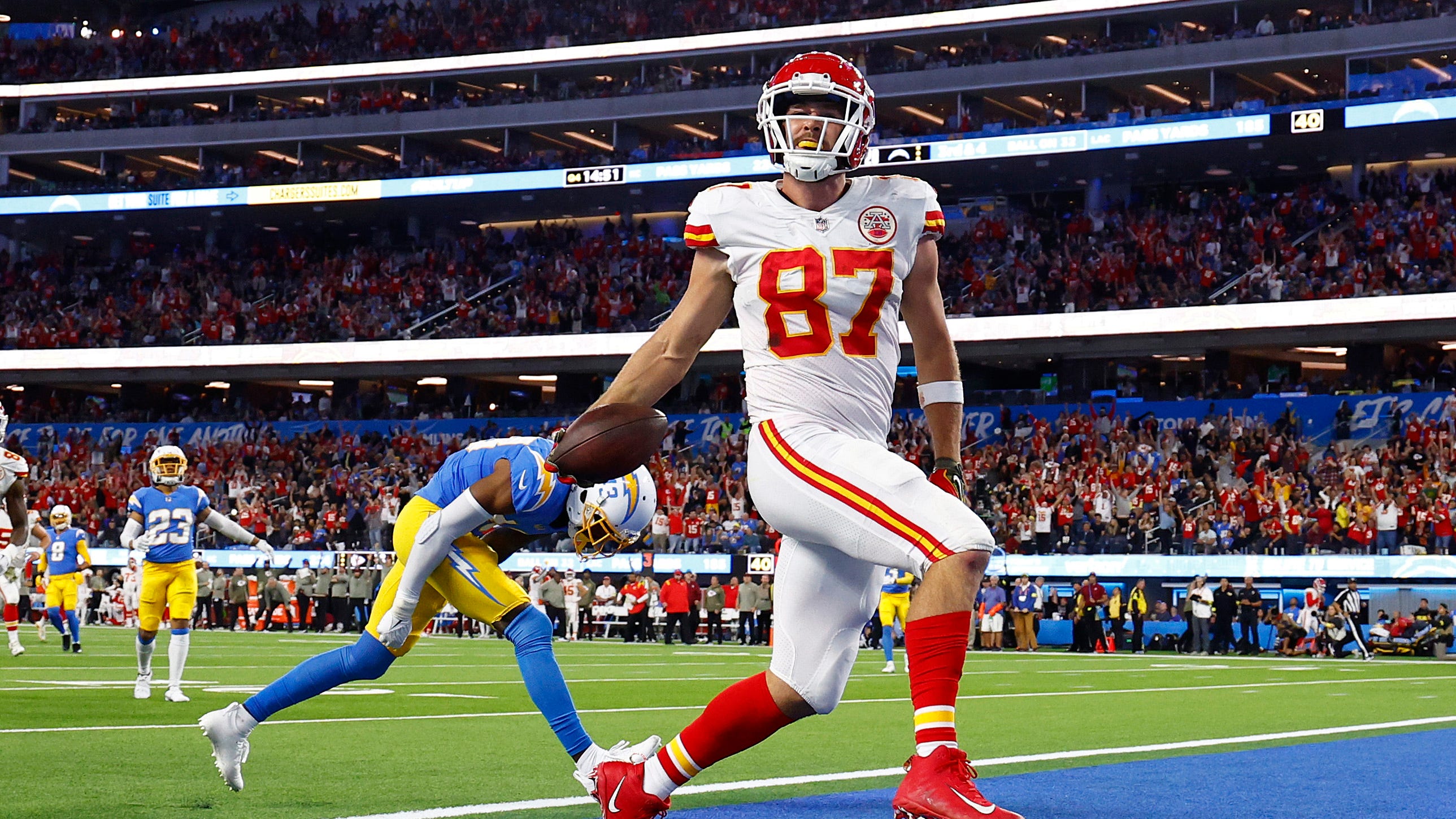