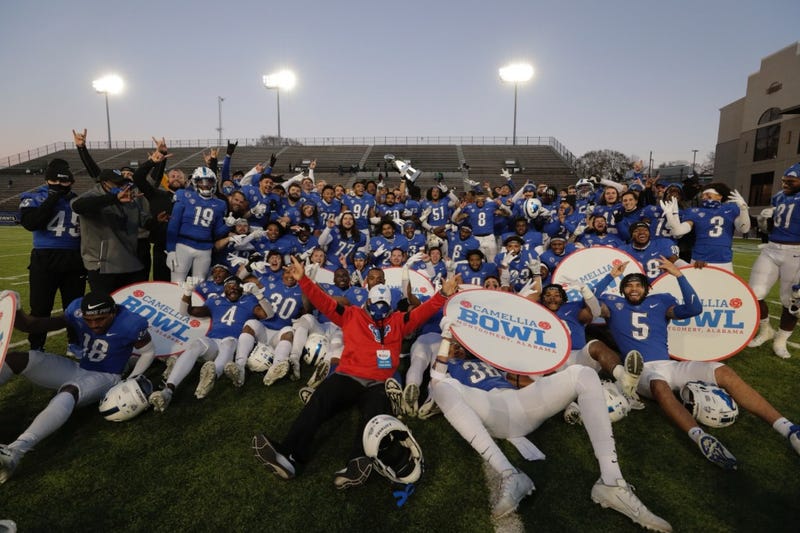 The University at Buffalo football team revealed its 2021 schedule Friday morning. After playing just five regular season contests in 2020 due to COVID-19 delaying the start of the Mid-American Conference season (and causing numerous cancellations), the Bulls - and all of college football - expect to return to a normal, 12-game campaign this upcoming fall.

The Bulls will have four consecutive non-conference games before heading into conference play. Buffalo will kick-off the season at home against Wagner (FCS) on Sept. 4.

The two games following the home opener, at Nebraska on Sept. 11 and vs. Coastal Carolina on Sept. 18, are likely Buffalo's most interesting and anticipated opponents. The Week 2 matchup with the Cornhuskers will not only be Buffalo's third game in four seasons against a Big Ten school (played at Rutgers in 2018 and at Penn State in 2019), but also a return to Lincoln for head coach Lance Leipold, who was an assistant coach at Nebraska from 2001-2003.

The Week 3 clash with Coastal Carolina will also be one to circle on the calendar, as the Chanticleers are coming off an 11-1 campaign in 2020, which included a Sun Belt Conference Championship.

Both matchups will mark the first time the Bulls play Nebraska and Coastal Carolina. Buffalo's final non-conference game on Sept. 25 at Old Dominion will also be the first-ever matchup between the Bulls and Monarchs.

Conference play begins on Oct. 2, when the Bulls host Western Michigan at UB Stadium. The final three games of the regular season are slated for weeknights; with Buffalo playing at Miami (OH) on Tuesday, Nov. 9 and returning home to face Northern Illinois on Wednesday, Nov. 17.

The Bulls will wrap up the regular season at Ball State on Tuesday, Nov. 23 in a rematch of the 2020 MAC Championship game.

This year's MAC Championship game is scheduled for Saturday, Dec. 4 at Ford Field in Detroit, Mich.

Buffalo finished 6-1 in 2020, with their lone loss being the conference title game. The Bulls did win a bowl game for a second-consecutive year, besting Marshall in the Camellia Bowl, 17-10. However, a MAC Championship remains a goal for this program, as Leipold (who'll be heading into his seventh season as Buffalo's head coach) and company have yet to capture one, despite making two trips to Detroit in the last three years.

The Bulls could very well have a big target on their backs this fall, being the defending MAC East Division Champions. And with star running back Jaret Patterson gone, having declared for the NFL Draft following the end of the 2020 season, the offense may need some time adjusting to life without a Heisman Trophy candidate-caliber player in the backfield, with all due respect to Kevin Marks, who could very well have a breakout season as the (likely) No. 1 running back in 2021.

Opening kickoff times and television platforms for the Bulls' 2021 schedule will be announced at a later date.