The Buffalo Bills dropped a big game at home on Monday night to the New England Patriots, 14-10. The loss drops the Bills to 7-5 on the 2021 season and a game-and-a-half back on the Patriots in the AFC East.

That means we start with my Arrows Down once again: 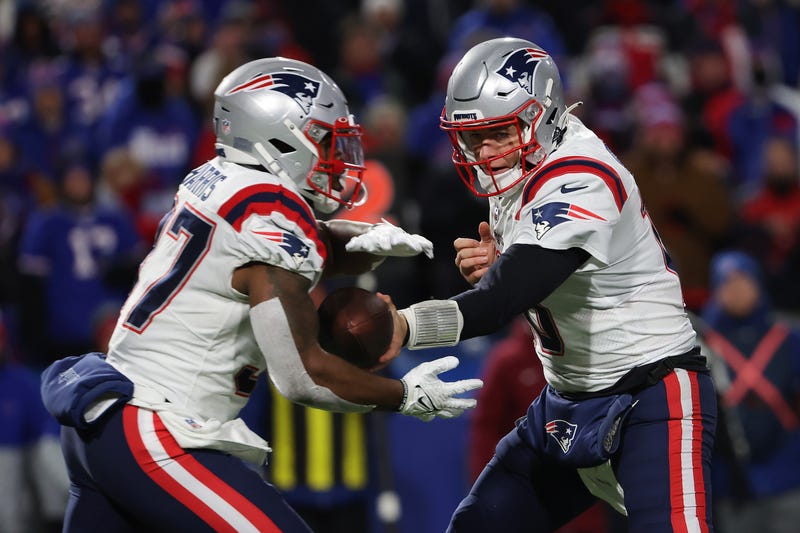 The Bills gave up 222 yards rushing, which is a huge number. However, the Patriots ran the ball 46 times, so it’s expected that number should be fairly high.

Still, 222 yards is way too much, and they gave up far too many big plays on the ground. The Bills gave up eight runs of 10 yards or more, including a 64-yard touchdown to Damien Harris.

The Bills absolutely wasted golden opportunities in this one, getting into the Patriots’ red zone four different times, but coming away with only one touchdown (25%) and one field goal.

I didn’t understand the play-calling in the red zone, especially runs between the tackles after the Bills had moved the ball down the field throwing it, as well as putting Josh Allen under center when he had been in shotgun much more successfully.

Allen didn’t help matters by just throwing up a pass because he thought the Patriots were offsides, essentially giving away a free play.

The Bills had an incredible average starting field position of their own 40-yard line for the game. Their first two possessions started at their own 48 and the Patriots’ 40, respectively, and they failed to score a point.

The Bills were set up nicely with a 1st-and-10 at the Patriots’ 29-yard line on their second drive of the game. Allen had a simple handoff to running back Matt Breida, but the veteran didn’t secure it, the ball hit the ground, and the Patriots recovered. Three plays later, Harris ran 64 yards into the Bills end zone for the first score.

It was a huge swing.

Breida also muffed a kickoff, but it was very tough to judge any punted or kicked ball, and it just kept sailing on him.

Once again, the Bills struggled to run the football, especially with their running backs.

Including Allen, as a team, the Bills ran for 99 yards and 4.0 yards per-run, which is not good enough.

Not going for two

The Patriots drew first blood scoring a touchdown late in the first quarter. Because the wind was so strong against them, they went for a two-point conversion and converted to open the score at 8-0.

The Bills scored just a couple minutes later, but instead of opting to try and tie the game, head coach Sean McDermott kicked the extra point to stay down 8-7. The Bills never tied or took the lead after that.

In a game that was, most likely, going to be a defensive struggle and with the wind playing havoc on the kicking game, going for two - and the tie - should have been the call.

With just about three minutes left in the third quarter, the Patriots converted a 4th-and-1 from the Bills’ 33-yard line. Quarterback Mac Jones gained the first down on a quarterback sneak.

Despite it being very tough to see where his knee went down and those plays rarely being overturned, McDermott challenged the spot. He lost, and also lost a timeout in the process. Part of the reason he challenged was to try and get the ball back with the wind before the quarter ran out, but it was very unlikely he was going to win it. 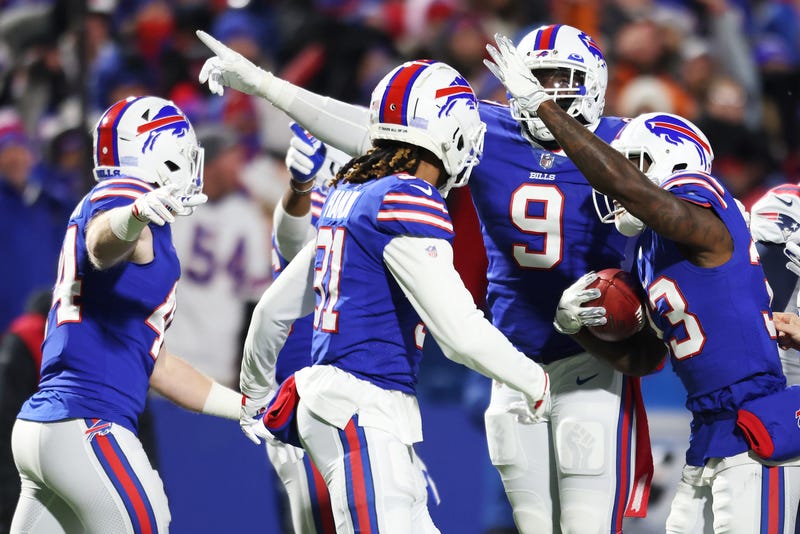 I was incredibly impressed with how well Allen threw the ball in the tough windy conditions at Highmark Stadium. Trust me when I write how tough and challenging the wind was.

He was also the Bills’ leading rusher with 39 yards on six carries.

Speaking of doing well in tough conditions, Bills punter Matt Haack was very good when he was called upon. He punted five times, including three times into the wind, and grossed over 46 yards a punt, pinning the Patriots inside their own 20-yard line twice.

Given the fact that linebacker A.J. Klein was placed on the Reserve/COVID-19 list right before the game, and the Bills still played quite a bit of 4–3 defense, I’m assuming Tyrel Dodson got thrown into that role as the starting third linebacker on very late notice. He did a good job when he was in there, especially given the short notice to start. He finished with five total tackles, four of them solo.

The Bills made the decision to keep both Isaiah McKenzie and Marquez Stevenson inactive due to the weather. Sean McDermott said after the game he wanted a player he could trust to return punts and make good decisions.

That player was Hyde, who did make good decisions to not take risks and returned one punt for eight yards.

He also contributed four total tackles on defense, including one for a loss.

Phillips made several key stops along the defensive line, and seemed to get stronger as the game went on. He finished as the team’s second-leading tackler with seven total tackles (one for a loss), which is a lot for any interior defensive lineman in one game.

The Patriots had only one attempt inside the Bills’ red zone, but came away with just a field goal, going 0-for-1.

Overall, the Bills were disciplined in this game, committing just three penalties for 20 yards.