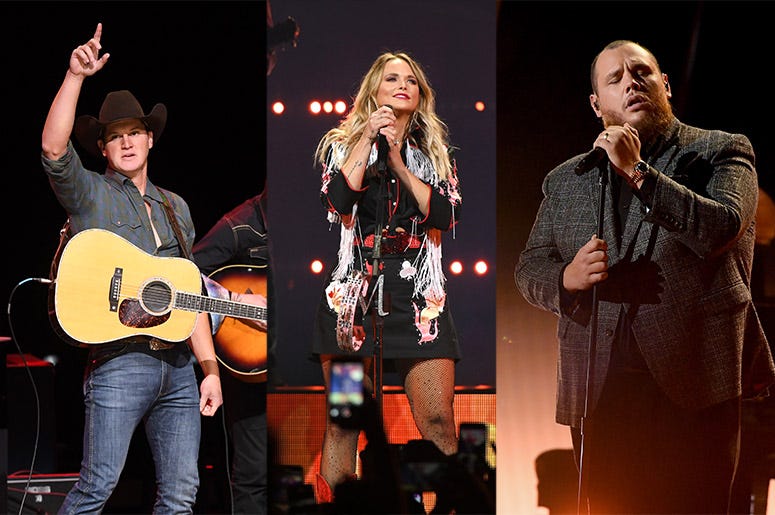 With so many incredible artists on the ballot it’ll be up to members of the 54th annual CMA Awards to decide who walks home a winner, Wednesday. Arguably the night’s biggest award, Album of the Year, features a diverse plethora of sounds and vibes.

Diversity in sound best describes this field of nominees, all stars in their own right. It’ll be tough to decide in this talented field. Check out a complete list of nominees and listen for yourself.

The annual event broadcasts to homes across the country November 11 at 8PM ET on ABC, with Music City Center in Nashville, TN as a backdrop.

As we countdown the days to the 54th annual CMA Awards, we want to hear from you. Cast your vote below on who you think will win Album of the Year.

What You See Is What You Get - Luke Combs

Luke's second album was a juggernaut when it came to sales. His fist overall No. 1 album opened with one of the largest weeks in Country music history, 320,000 equivalent units sold. More than anything, Luke's voice brought the rumble and tumble rhythm of rural party scenes to Country's forefront.

While many artists shifted towards a pop aesthetic, Pardi leaned into a classic Country twang that talked about simple trials and tribulations. 'Heartache Medication' perfectly communicates that healing powers of a stiff drink.

It's rare to see an artist bring such a sultry mix of mythic ethos and dark vibes to an album. McBryde has managed to accomplish this while holding onto a traditional Country sound. The album's title track injects a chorus of hope and pride that's hard to ignore.

The group was able to transform that internal warmth felt while drinking in a familiar dive bar into pure sound. The temperature never seems to raise about 70 degrees with tracks like "I'm On It," or "One Man Band"'s ever gentle melody.

This album is just pure fun! We can talk all day about the hit "Bluebird," but it's cuts like "Locomotive" that exhibit a raucous range in sound and spirit from Miranda. Anyone else hear some Led Zeppelin in there?