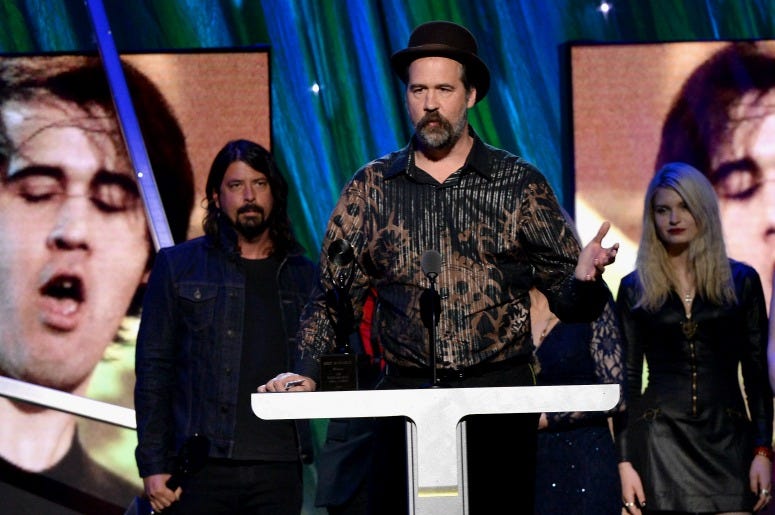 On February 20 we celebrate the life of Kurt Cobain. The icon and barrier-breaking frontman for Nirvana would have turned 53 on this date, if his life was not cut tragically short in 1994. Cobain left behind a collection of work that’s unforgettable and still impacts people every day, but he also left behind people that will never be the same after this loss.

In 2017, when we first launched I’m Listening to help end the stigma of talking about mental health, one of the first to lend his voice to the cause was Krist Novoselic, Kurt’s bandmate and friend. Krist told us what it was like to be a “suicide loss survivor” as someone who has lost someone to suicide, and also warned about what to watch for and avoid.

“Mourning the loss of a loved one who took their own life can be confusing,” Novoselic admitted. “There’s pain, anger, guilt; a jumble of emotions that one deals with when surviving a loss of suicide.”

Not wanting anyone else to feel this tremendous pain, Krist shared a few risk factors that could lead a loved one to suicide. Depression and substance abuse cannot be ignored, and there’s someone here for you. There’s also a danger in being exposed to the wrong behavior when you find yourself in a troubled place.

“Here’s one I want to point to,” Krist continued. “Being exposed to other suicidal behavior, such that of family members, peers, or celebrities. It’s hard enough to lose great musician through suicide, that fans could also think about ending their own lives is just too much.”

“If you are feeling bad and losing hope, please don’t forget that every musician is a music fan themselves. Everyone. We are all in this together. You are not alone, and I’m listening.”

You can hear more from Krist Novoselic above.

RADIO.COM’s I’m Listening initiative aims to encourage those who are dealing with mental health issues to understand they are not alone. If you or anyone you know is struggling with depression or anxiety, know that someone is always there.
Additionally, the National Suicide Prevention Lifeline is available 24 hours a day, 7 days a week at 1-800-273-8255.