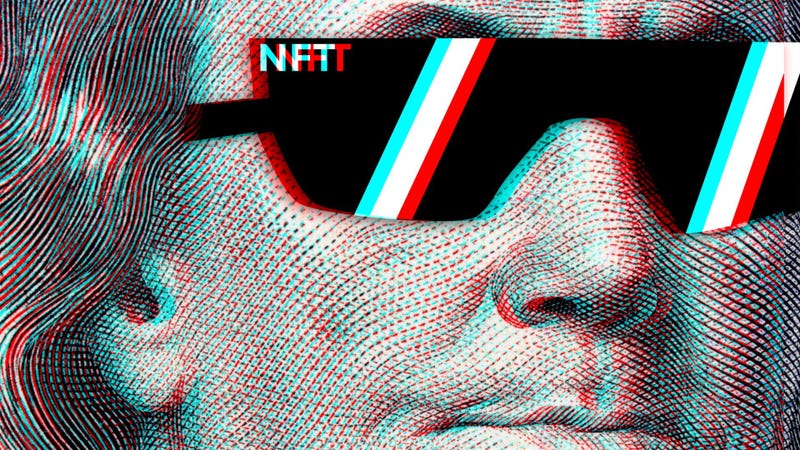 PHILADELPHIA (KYW Newsradio) — "NFT," the abbreviation of "non-fungible token," has been named Word of the Yearby dictionary publisher Collins.

NFT beat "crypto" and "cheugy" to the top spot. Cheugy means uncool. If you had to ask what it meant just now — yep, that means you're cheugy.

An NFT is a unique digital certificate that is used to record ownership of a digital asset, such as an artwork or a collectible, according to a blog post from Collins.

They also create scarcity, and as a result, the digital art market has been booming.

BREAKING NEWS The Collins Word of the Year is… NFT.

A tweet from Jack Dorsey, the co-founder of Twitter, went up as an NFT and sold for nearly $3 million earlier this year.

In 2020, Collins named "lockdown" its Word of the Year, for obvious reasons, and, earlier this month, Oxford Languages made "vax" its pick for 2021.

Cheugy is one of the words shortlisted for #CollinsWOTY 2021.