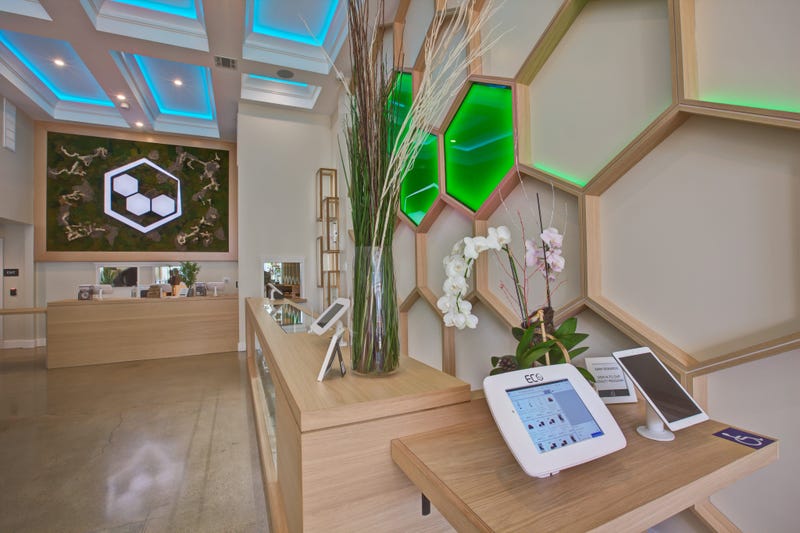 The owner of a downtown Oakland cannabis dispensary said as many as 10 people broke into his business on Friday night and made off with thousands of dollars of products.

The front entryway to the ECO Cannabis store on Telegraph Avenue was shut Friday night, equipped with an elaborate security system to keep track of any activity. Later that evening, owner Kevin Ahaesy said it was broken into.

“They also had a lot of cannabis paraphernalia on, like sweatshirts and t-shirts, so they were looking to get free cannabis, and they got it,” he told KCBS Radio.

Ahaesy preferred not to say how much his losses were, except that it was ‘a lot’. He believes the robbers took advantage of the rioting going on downtown, but weren’t necessarily outsiders.

“From everything we could tell, it was local people,” he said.

He said police investigators told him two people were arrested on Saturday and that several West Oakland dispensaries were also robbed.

Ahaesy said he understands police had their hands full Friday night, but it took hours for them to respond.

Yesterday was a tough day for Eco Cannabis. --During the night of the protests, our dispensary was broken into, vandalized, and robbed. Medicine was stolen, glass was smashed, and the damage had been done. However, in… https://t.co/NHSKUAy0Ua