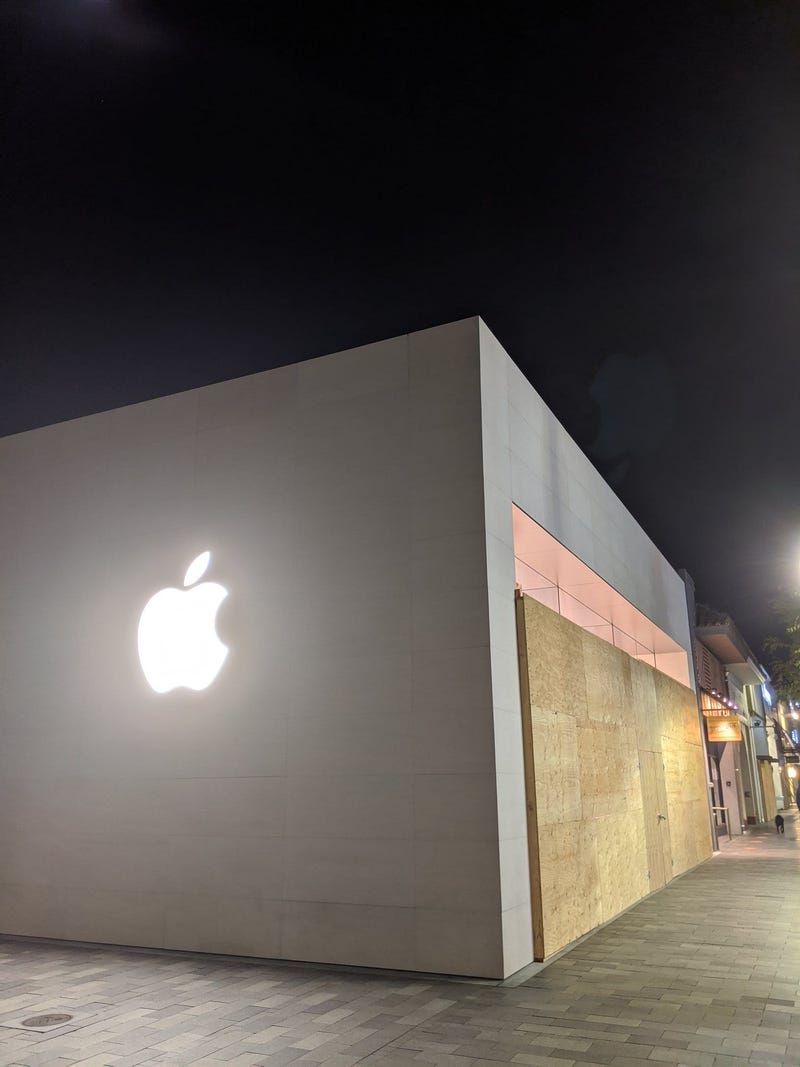 Law enforcement believes a flier widely circulated on social media talking about a "San Mateo County Looting Night" was created outside of the area.

"We’ve been given information from the FBI that foreign actors, basically foreign entities have been sending social media posts that are innocently being forwarded by other members of the community, not knowing they are coming from a foreign source just create more fear," Bertini said.

The Bay Area has seen large protests and widespread looting in the wake of George Floyd’s death at the knee of a Minneapolis Police officer on Memorial Day.

"State actors could be, you know, states who may have nefarious intent towards us, whether that’s North Korea, Russia, Iran, China, or it could be non-state actors and that could be groups that are, you know, more terroristic-type groups that we’ve been dealing with the last two decades now," Bertini explained.

Businesses throughout San Mateo County have been seen boarding up.

"You know a business owner has the right to protect their property and if they feel more at ease or if it gives them peace of mind to board up their business they certainly can do that," Bertini told KCBS Radio. "Personally, unless we have a credible threat that this is going to happen, I think it kind of sends the wrong message."