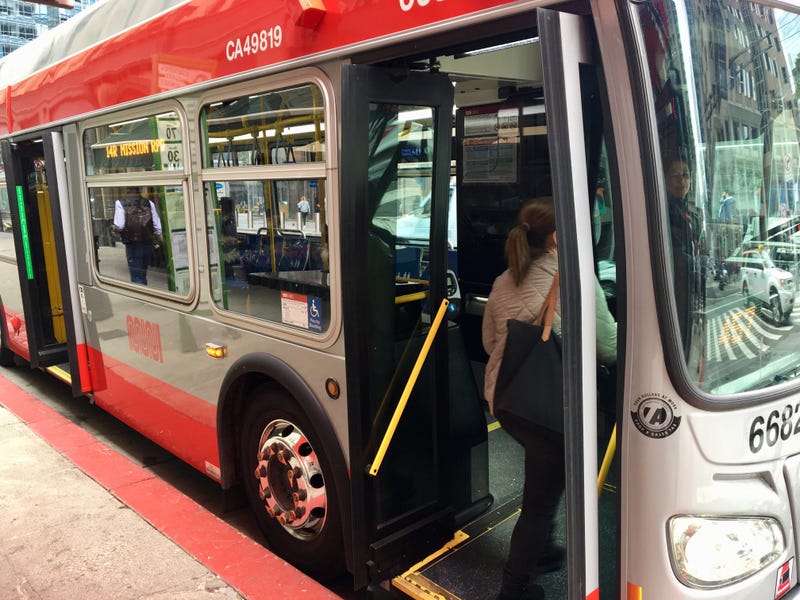 The bus lines that have been running in San Francisco over the last few months have been more efficient because of decreased traffic during coronavirus stay-at-home orders. Now, SFMTA officials are hoping to restrict lanes on some streets to public transit vehicles only to keep that efficiency humming.

"Our buses were primarily stuck in traffic for most of the time pre-pandemic," SFMTA Spokesperson Erica Kato said. "So some lines have seen time savings of over 40%."

Kato told KCBS Radio now that traffic is picking up again, the agency wants to dedicate emergency transit-only lanes on portions of some streets in downtown San Francisco and near hospitals to keep service on those bus lines moving smoothly. The impacted routes would include:

"There are so many studies that support that congestion is making a comeback, and it's our priority to keep our vehicles out of congestion," Kato said.

Most people taking Muni during the stay-at-home orders were essential workers.

The SFMTA Board is expected to consider the plan Tuesday.

If approved, the lane restrictions would go into effect late this summer and be removed about four months after the city’s emergency order expires. According to SFMTA's website, the routes would be "striped only with white paint, 'Bus/Taxi Only' stenciling and signage."