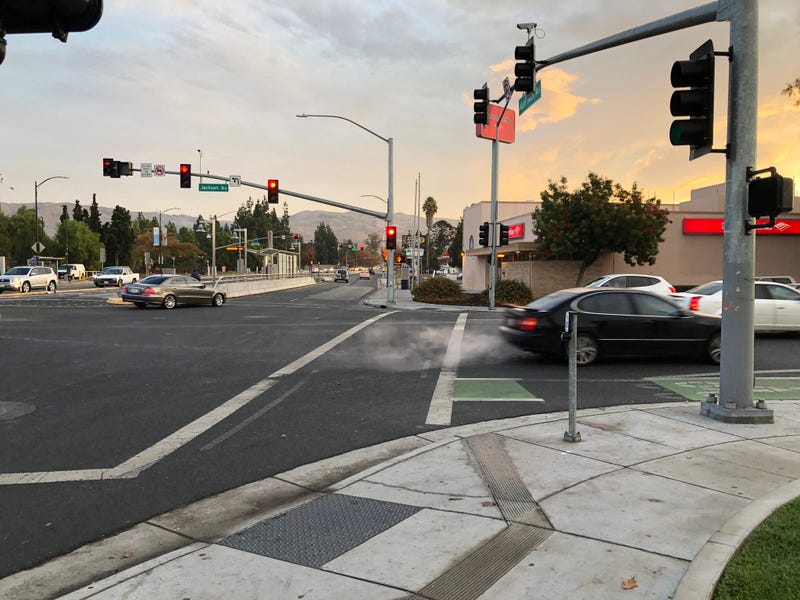 One person was killed and several others injured in a hit and run crash Tuesday night in East San Jose.

The crash happened shortly before 10 p.m. at Alum Rock Avenue at Jackson Avenue. A Honda sedan was traveling eastbound when it struck a Tesla and a Dodge Durango, according to authorities.

Two passengers in the Honda had to be extricated from the vehicle by San Jose firefighters. They were both taken to a hospital, where one man died from his injuries.

The other passenger suffered life-threatening injuries and remains hospitalized.

“That’s sad, especially in this neighborhood,” said Richard, a cyclist who lives in the area. “Everyone just drives fast around here and there’s no need for that.”

Police say the driver fled from the scene on foot and has yet to be located. He’s described as a Hispanic male, about 40 years old, and wearing a red jersey.

Police are asking for anyone with information about his felony hit-and-run to please come forward.

The drivers of the other two vehicles were not injured.