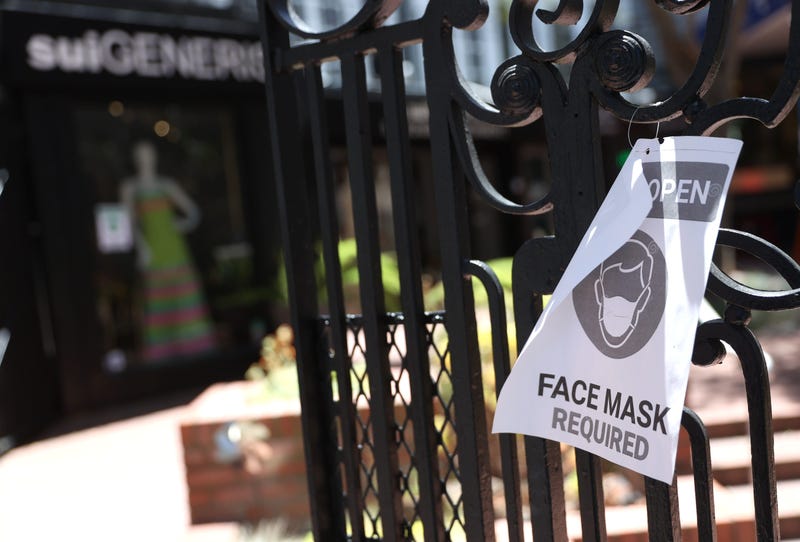 San Francisco and Marin are postponing or pausing plans for further business reopening as coronavirus cases surge in the Bay Area and statewide.

The mayor made the announcement during a visit to SF General Hospital.

"We’ve gotten a little too comfortable," Mayor Breed said. "And the fact that we’ve seen over 100 cases overnight completely changes our plans for reopening so we’ve got to put a pause on it...it definitely shocked us and changed our status."

The city recorded 103 new cases on Thursday. When the city reopened outdoor dining and indoor retail on June 15, there were 20 new cases.

Mayor Breed said at this time there is no timetable for when those businesses will be allowed to reopen.

The surprising announcement came on the heels of Florida and Texas shutting down bars once again.

"San Francisco is not the only major city impacted," Breed said. "Other major cities all over the country are experiencing the same thing, we’ve just been doing a lot better than most."

Mayor Breed hoped slowing down reopening and individual responsibility will slow transmission enough that the city does not have to roll back openings that have already happened.

Our public health experts will evaluate the data over the coming days to determine if it's safe to move forward.I know people are anxious to reopen--I am too. But we can't jeopardize the progress we've made.We'll continue to let you know as soon as decisions are made.

"At our current rate, the number could double rapidly. If that continues and we don't intervene, we'll be at such a high number that our only option would be to shut down," the mayor said on Twitter. "This is why it is important to follow protective health measures and utilize the tools we already have."

Mayor Breed thanked the healthcare workers present for their hard work, but warned them that the fight is not yet over.

Late Friday, officials in Marin County announced a "pause" on certain businesses as cases there take an uptick.

Indoor dining and hair salons are among businesses allowed to reopen as scheduled June 29.

However, reopenings that have been temporarily "paused" include hotels, gyms and fitness studios.

A spike in local #COVID19 cases will delay the reopening of some #MarinCounty businesses previously scheduled for June 29. Campgrounds, picnic areas, RV parks, hair salons, and indoor dining among those that can proceed. Others postponed to later date: https://t.co/NyehXcqkuz pic.twitter.com/dPN62BF7gk