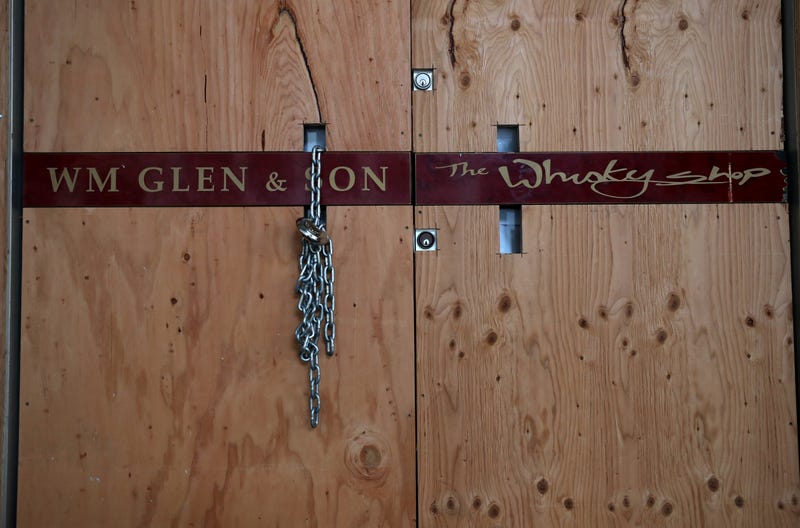 California is posting record highs for number of coronavirus cases, hospitalizations and rate of positive tests, as the pandemic deepens across the state.

The death toll continues to climb, as the state and many counties reinstitute stay at home measures.

The numbers are far worse than they were four months ago, when California became the first state in the nation to order its people to shelter-in-place and shut down the schools. But there continues to be political and business pressure on Gov. Gavin Newsom and other leaders to allow more reopening, not to return to sheltering-in-place and to let schools reopen with in person classes, even though so far, most large districts in the state are choosing to begin the new school year with remote learning only.

For more on this, we were joined on KCBS Radio’s "The State Of California" by State Senator Steve Glazer of Orinda, who represents the 7th District in Contra Costa and Alameda Counties. Before seeking office himself, he was a key campaign advisor to Gov. Jerry Brown.

“Prioritizing” testing isn’t enough. Without testing for all who want it, we can’t catch cases in time to trace their contacts. Without contact tracing, it will be much harder to crush the virus. The only alternative will be a very strict, multi-week lockdown to stop the spread.

What is your assessment of where we stand right now in California?

We’ve lost control. That’s the bottom line here. The whole idea is that public health is to drive the choices we make as a state, to shut down as you mentioned in March. Those should be driving the decision we make to reopen. Unfortunately, we reopened too fast. The spread of the virus is as great as it’s ever been and we’ve lost control. The state is trying to find a way to put that genie back in the bottle and it’s very difficult.

There’s a camp calling for a hard lockdown, similar to what we saw in Italy. Where do you fall on that argument?

If we don’t have a hard lockdown, we have to have the ability to test, find out where the virus is and to shut down. That’s testing, that’s tracking and tracing those who have it. Finding where the spread coming from and being able to close that down, whether that’s nursing homes or factories or anywhere else. Our failure to be able to test and trace right now is an indication that we have to go back to dramatic measures, which is going back to shelter-in-place. No one wants that. It has enormous negative consequences on people and our economy. If the focus is that we have to stop this virus, we have to flatten the curve, I don’t see another alternative if we can’t test and we can’t trace correctly.

Even if we had that, will it work?

In countries around the world, they have been able to suppress it with testing, with adequate track and trace and with shelter-in-place. Taiwan, South Kora, Japan, Germany - it's happening around the world, and that’s happened from above (with) national focus, we obviously haven’t had that with President (Donald) Trump, as well as the ability to test and an adequate workforce to test and trace. It can be done. And each of us in our behaviors contribute to whether we’re successful or whether we’re not. What’s happened thus far hasn’t worked. We did go in shelter-in-place, we did pay the price for it, we opened too soon, the infection is out of control. We’re going to have to do things smarter and better if we’re going to get contained.

Are you confident and satisfied that we do have adequate testing and tracing, and if not, is it time now to go back to shelter-in-place?

We know we don’t have adequate testing. The governor (Tuesday) said that through his Secretary of Health we’re going to prioritize who we’re testing. So he’s thrown in the white flag to some extent on testing. On tracing, he’s talking about his success in training 10,000 or more people to be able to trace, but he’s provided no data to show the effectiveness of that program. So yes, Doug, I think we need to have disclosure and transparency on the tracing program. Can it work? Does it work? If it’s not, we have to go back into a much more serious shelter-in-place, unfortunately.

The governor is the face of this pandemic in California. Do you feel like your voice has been heard enough?

He’s done a very good job in many ways. He’s displayed very strong leadership, to a point. But he’s not consulted with the legislators before he’s making these choices. He informs us after they have happened. As you know, we had an infection in the State Assembly, so we’ve had to recess for a period of time because of health issues. We have one hand tied behind our back in the legislative community, so we rely on the governor to exercise good judgement. In many ways, he’d done it right. In other ways, he hasn’t. He’s not responsible for everyone’s behavior in the state, whether they’re complying. Unfortunately, collectively, we have failed. We have to find another way to do this better and smarter going forward.

Do you think you and your fellow lawmakers would have put on the brakes for the state’s reopening?

That’s a good question. I’m not so sure. All of us as politicians, we want to be popular. We don’t want to do things that people don’t want to do. We don’t want to put them in uncomfortable positions. It’s challenged for any of us in political life to be able to make these hard decisions, like a parent would with a child. You have to be stern sometimes. No one likes to be unpopular as a parent. In politics, no one wants to do things your constituents don’t want to hear. That’s a problem for all of us, including the governor and all of us in the legislature. I don’t know if it would have made a difference. We need strong executive leadership. At the end of the day, the governor just like the president is in charge of the country, he’s in charge of our state. I’m not so sure we will always be unanimous in exactly how we should proceed going forward. But we do need tough medicine for us to get the cure to kill this virus to get back to a normal life.

Do you think it’s a mistake for Gov. Newsom not to own up to reopening too fast?

It’s hard to do in the midst of a pandemic, let me just say. I know that he and his staff have been working incredibly hard and this is a stressful, difficult time. All these choices that are made are very serious, they have life and death consequences. I think they are doing their best, but I think they’re up against pressure points that mean you don’t take full steps, you take half steps. What he rewound yesterday was a half step backwards. We didn’t end retail, shopping, we didn’t end restaurants, we pulled it back. Not to the place in which we had on March 19 when he issued the original stay-at-home order. I think that at the end of the day, it’s not about being popular in the moment today or tomorrow, it’s about successfully stopping this virus and saving people’s lives.