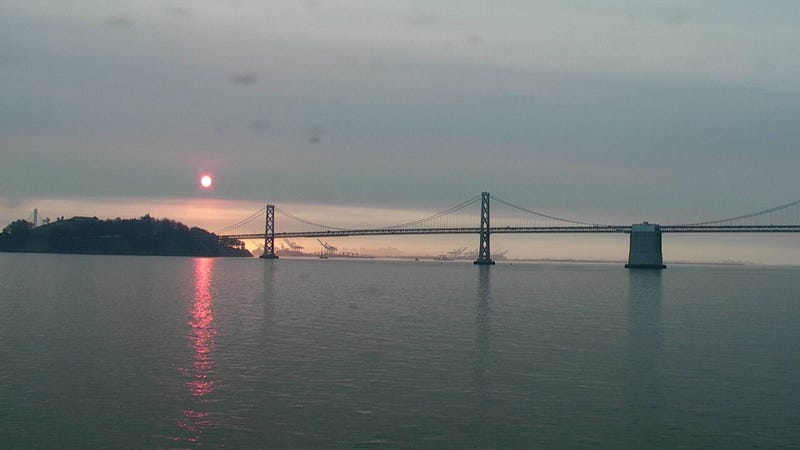 CLICK HERE TO SEE AIR QUALITY IN YOUR AREA

The dozens of fires burning across the Bay Area have also sent smoke over the region.

The National Weather Service says unhealthy air is blanketing Vacaville due to a fire there. Another group of fires in Sunol is sending unhealthy air over Fremont and the San Ramon/Dublin Area and the Peninsula from San Mateo down to Sunnyvale is also largely covered with unhealthy air because of fires there. The San Francisco Department of Emergency Management says air quality in the city is also at an unhealthy level.

Many of the surrounding areas are also experiencing air that is considering "unhealthy for sensitive groups" because of residual smoke and particulate matter from the fires.

The smoke is also impacting visibility at SFO.

Listeners have reporting smelling the smoke in wide swaths of the region and ash has been reported to be falling on people’s porches and lawns in Berkeley, Oakland, Benicia, Rohnert Park and in the western part of Marin County.

Meteorologists say a sea breeze could return this evening, which would help dissipate some of the smoke and alleviate some of the heat that is causing the fires to grow rapidly.

In the meantime, residents are advised to stay indoors with the doors and windows shut wherever possible and avoid outdoor exercise, although that may be difficult with high temperatures and a flex alert giving residents little relief.

The Bay Area Air Quality Management District has also issued a Spare the Air Alert for Wednesday, which means burning wood, fire logs and any other solid fuel is banned.