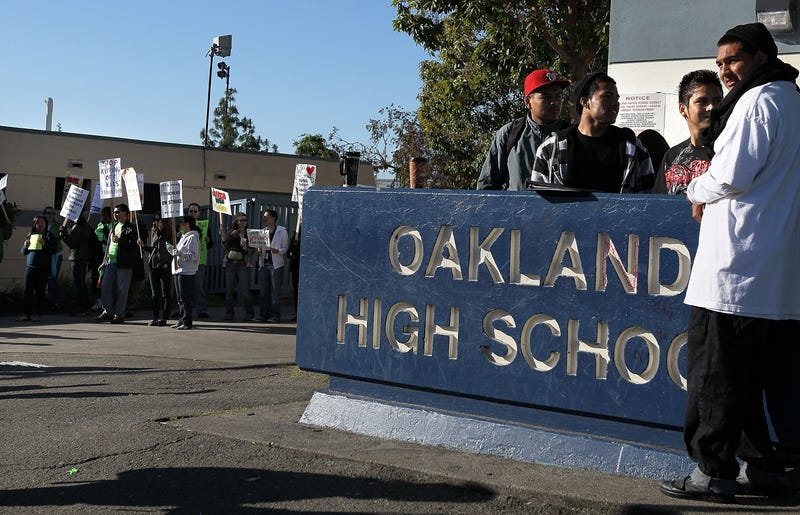 Classes begin for 36,000 Oakland public school kids next Monday, but there are still dozens of teacher openings to fill, even after a seven-day strike last March that gave teachers an 11% raise.

Oakland Unified School District Spokesman John Sasaki says they still need about 50 educators to add to the 2,300 on staff.

But what they really need are special education teachers, a field that requires a lot of training and is experiencing a shortage nationwide.

Oakland teachers went on strike for seven days this year, which led to a contract with an improved pay structure, among other gains for faculty

“Reducing classroom size was part of the agreement that the district reached with the union, so that’s being incorporated into what we’re doing this year,” Sasaki said.

Pay for starting teachers in OUSD had been among the lowest in Alameda County. The district says it will have to cut millions during the next two budget cycles.