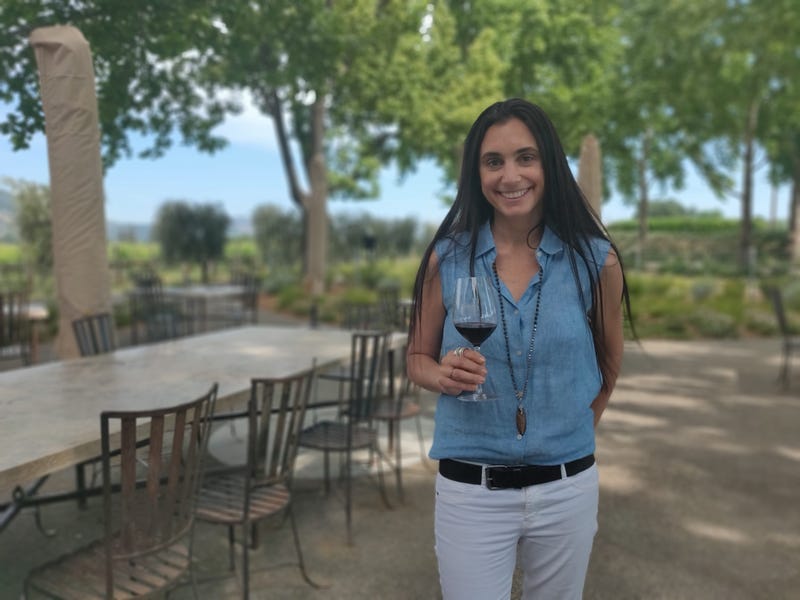 RUTHERFORD — Is there room for weed in Wine Country?

Some cannabis enthusiasts in Napa County think pot and wine make for the perfect pairing, and it appears there are plenty of people in Napa that agree.

In a recent poll, 70% of respondents said they favor cannabis production and the Napa Valley Cannabis Association claims to have more than enough signatures to put a measure on the ballot to make it legal to grow cannabis in the county.

But Napa County supervisors are lukewarm to the idea at this point, and have said they have other priorities to address first.

Some local vintners are among marijuana's strongest supporters, including Stephanie Honig of Honig Winery & Vineyard in Rutherford.

Honig, who also serves as the Cannabis Association's president, called the idea of cultivating cannabis in the hills above the valley a win-win for both industries.

"Nobody wants a mono-culture," she told KCBS Radio. "So we really need other crops. And we need agriculture. [Marijuana> is a high value agriculture product that complements wine grapes."

From a marketing and consumer standpoint, the association maintains that marijuana cultivation could help ensure that younger people keep coming to Napa Valley. If all goes as planned, these cannabis fans would eventually come for the wine as well.

After all, Honig said, times are changing. Making cannabis part of the Napa Valley experience for millennials, she believes, could change some key generational opinions and help introduce the area's more established product to a younger audience.

"The average wine consumer is a 58-year-old male. The average cannabis consumer is a 28-year-old male," Honig pointed out.  "A lot of millenials don't want to be like their parents. They're not drinking wine, they're using more cannabis. It's part of their lifestyle, so if we can offer, very much like a Napa Valley wine, a premium cannabis, and attract millennials with that, hopefully we can get them drinking wine."