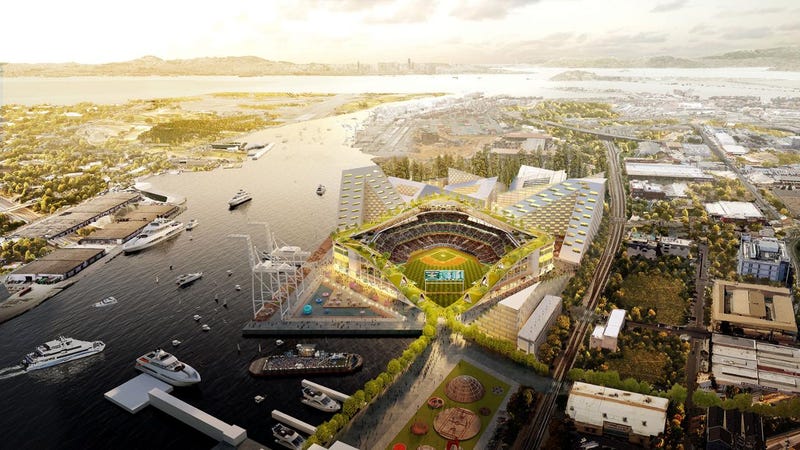 Photo credit Oakland As
By Margie Shafer, KCBS All News 106.9FM and 740AM

A gondola connecting downtown Oakland with a proposed ballpark for the Oakland A's on the waterfront would provide transportation and economic benefits to the city, according a new study.

The gondola, which would be privately financed under the A's proposal, would carry more than a million riders per year and generate $685 million in economic activity, according to the Bay Area Council Economic Institute report.

The sky ride would carry 35 passengers at a time, making the one-mile trip in 3.5 minutes.

The A's plan for a new ballpark at the Howard Terminal near Jack London Square is under state environmental review.

“We expect that to take through the end of 2019 when we can get that verified,” Kaval said. “It’s a very important step.”

Kaval says the team is working with the Port of Oakland to finalize an agreement on the property with a goal of opening the ballpark in 2023.

news
Amazon Prime Day 2021: Pump up your fitness regimen with deals on weights, exercise machines and smartwatches
music
KISS gets in the spirit with their own, KISS Cold Gin: Here's where to find it
music
Is Halsey planning to release more than a baby in 2021? Fans think so
music
‘Sesame Street’ introduces family with 2 gay dads in new episode during Pride Month
music
Listen to Audacy's Friday Night Takeover with Luke Combs
music
Run That Back: Reminiscing on the short-lived greatness of City High