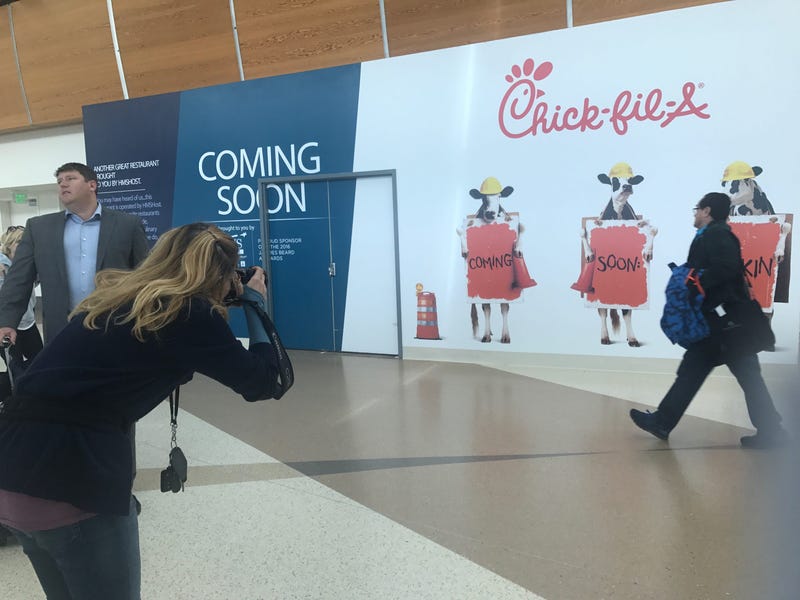 SAN JOSE — The upcoming opening of a Chick-fil-A restaurant in Mineta San Jose International Airport is painful to members of the LGBTQ community, because of the fast-food chain's stance against same-sex marriage and other queer rights issues.

Ken Yeager, the first and only openly gay city councilman and county supervisor from San Jose, said he's surprised by San Jose's decision to lease space to Chick-fil-A and thinks rainbow pride flags should be arrayed around the eatery.

"Whatever we do, we need to make sure that people realize that when you come into San Jose that this is a very welcoming communtiy," said Yeager to TV-station KPIX.

City council members admit that they didn't fully consider this controversy when they approved the Chick-fil-A as part of a package deal with several other new restaurants. Still, on Tuesday night, they approved hoisting pride flags around the restaurant.

The restaurant is still under construction, but signs are up letting visitors know that it's on its way.

Traveler Austin Carr, who arrived from Minnesota, told KCBS Radio that he likes the chain's food, but won't eat there because of its discriminatory views.

"The chicken sandwiches are great. The waffle fries are good, but in the end I don't think it's worth it," he said. "People are a little more important than just some fast food."

Another traveler, who didn't want her name used, said she's a conservative Christian who likes to eat at Chick-fil-A and agrees with their political positions.