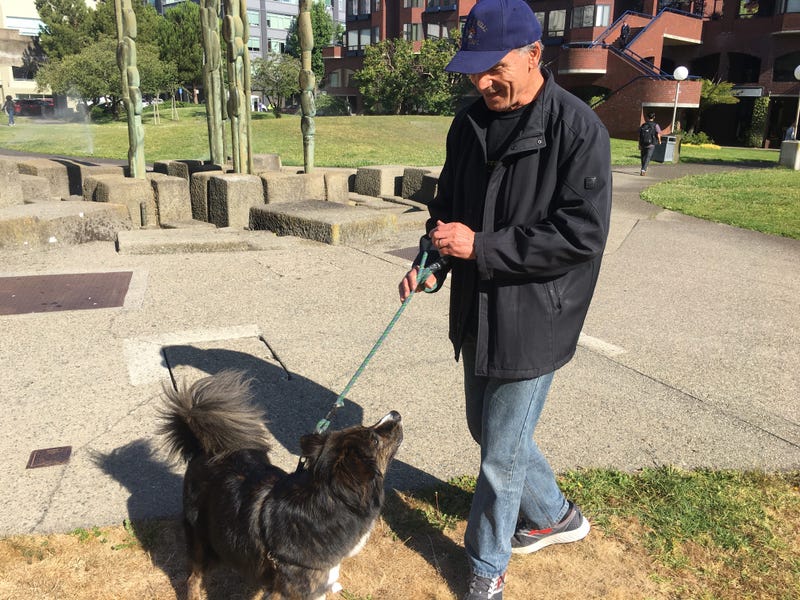 Photo credit Matt Bigler
By Matt Bigler, KCBS All News 106.9FM and 740AM

SAN FRANCISCO — There are growing complaints about dog poop in San Francisco.

According to the city's Public Works Department, there are about five times as many reports of dog droppings as there were eight years ago. The main reason is there are more people and dogs living in the city, many of them homeless, according to officials.

The Tenderloin is one of the biggest problem areas.

"I had a restaurant there for about five years and I've seen dogs poop and I've seen human beings poop," said Michael Najjar, a San Francisco dog owner

He applauded an initiative by Supervisor Matt Haney to add 100 more pet waste stations in areas where residents don't have access to dog parks.

"Whenever they have those poop bags it will end up being cleaner than a park that doesn't have them," he said.

"It's pretty simple: if you have a dog you need to pick up after it and there are fines associated with it," she said.

The fine is $500 for not cleaning up after your dog, although the city doesn't expect to issue many of those citations.