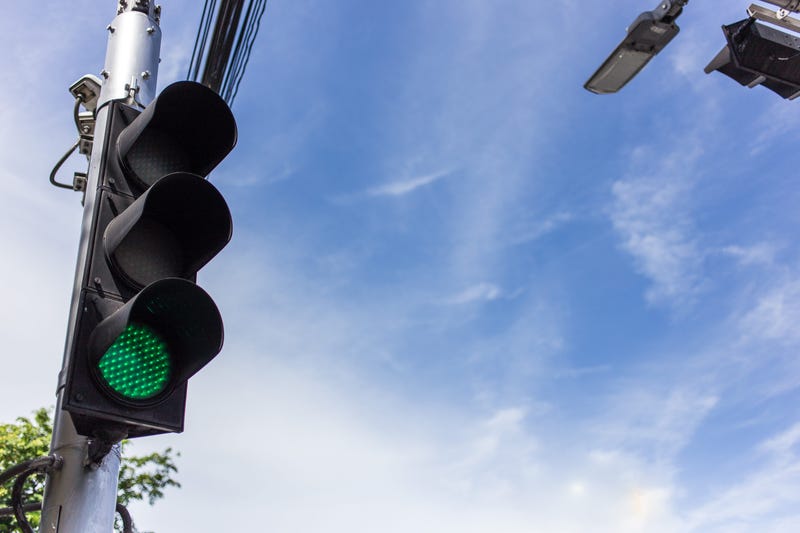 Photo credit Chalongrat Chuvaree
By Tim Ryan, KCBS All News 106.9FM and 740AM

SAN FRANCISCO — The cameras that photograph drivers running red lights at some of the city's most dangerous intersections haven't worked in months.

The new digital technology replacing the crumbling Kodak cameras that used film won't be installed for months either, according to a column in the San Francisco Chronicle by Phil Matier.

"They're putting the first camera in this month, but it's not going to be till this summer that the program is going to be fully functional," said Matier.

The old system was shut down four months ago, Matier reported. When it's restored, there will be only 13 intersections where the cameras take pictures of license plates and drivers' faces, down from 20.

When the leaders of San Francisco's pedestrian and bicycle organizations learned the camera's were shut down, they were not pleased.

There have been 10 pedestrians and cyclists killed in San Francisco in 2019.

Due to the spate of deadly crashes involving pedestrians and people on bicycles, the city's transportation department has promised to install posts and green paint for bike lanes, make crosswalks more visible and adjust signal timing.

At the peak of the program, the red-light cameras captured more than 19,000 violations per year.

Running a red light is violation that can be punished with a $499 fine.