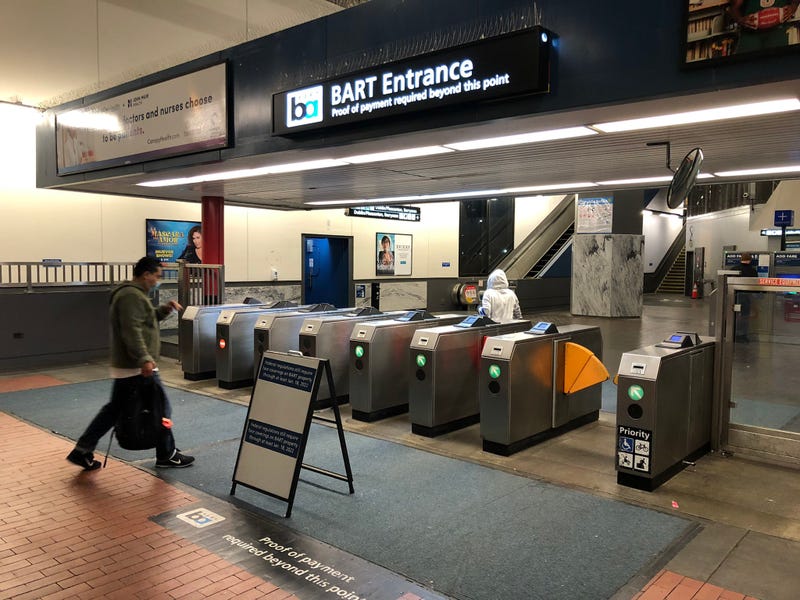 Bay Area public transit has struggled to return to normalcy since the pandemic first began nearly two years ago.

BART is no exception, and has reported dramatically low numbers throughout the early months, with tepid rises more recently.

But on Wednesday, the transit agency recorded their highest ridership to date since the pandemic started, at 125,488 rides.

Yesterday was our highest ridership to date in the current pandemic at 125,488 rides.

That is 32% of our pre-COVID baseline ridership projections for December 2021.

"It's gotten pretty crowded," said Corey Reeves, a Monday through Friday BART commuter in an interview with KCBS Radio. "I started taking BART like a little bit in January, and it wasn't as full, but now that people are starting to go back to work it's getting more and more crowded every day."

But despite the record numbers, the transit agency is still only at 32% of its pre-COVID-19 ridership on an average December weekday.

This mirrors the average office occupancy rate. "It's fascinating that our ridership is growing pretty much at the same level as people returning to the office," said BART spokesperson Alicia Trost.

Happy Friday. People are returning to BART. Our crime is down (violent crime is down 40% year over year), parking is plentiful, and we have superior air filters that trap the virus. Our ambassadors are on the trains and so are the new homeless outreach teams.

The transit agency hopes to be at about 50% pre-pandemic ridership levels by next summer.