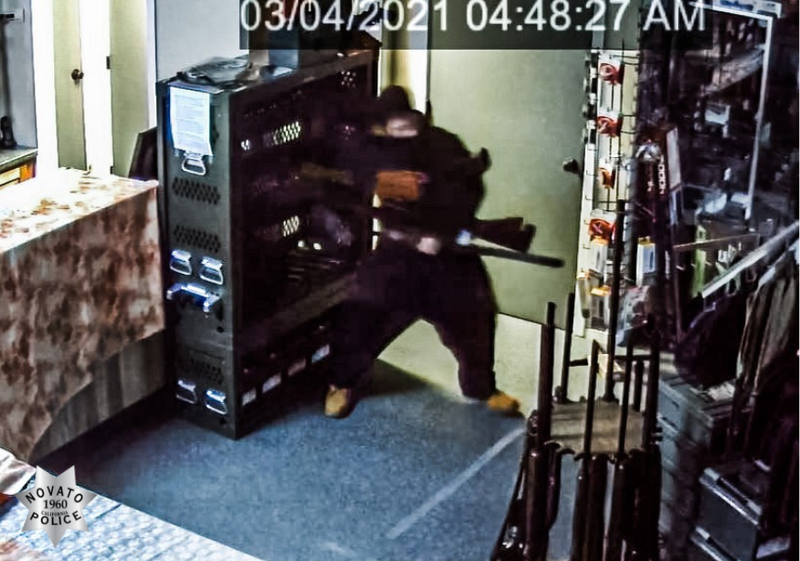 An unidentified man with light or tan completion and short dark hair appears to rummage through inventory after using his vehicle to break into Marin Firearms on Thursday morning. Photo credit Novato Police Department
By Eric Brooks and KCBS Radio Staff, KCBS Radio

Police said a man crashed his car into a Novato gun store early Thursday, using it to break into the business and possibly steal guns.

The incident happened shortly before 5 a.m. at Marin Firearms on Alameda del Prado, Novato Police said. When officers arrived on the scene, they found a green 1997 Honda CRV wedged inside the store. Security footage showed the suspect, identified only as a man with light or tan completion and short dark hair, appearing to rummage through inventory. 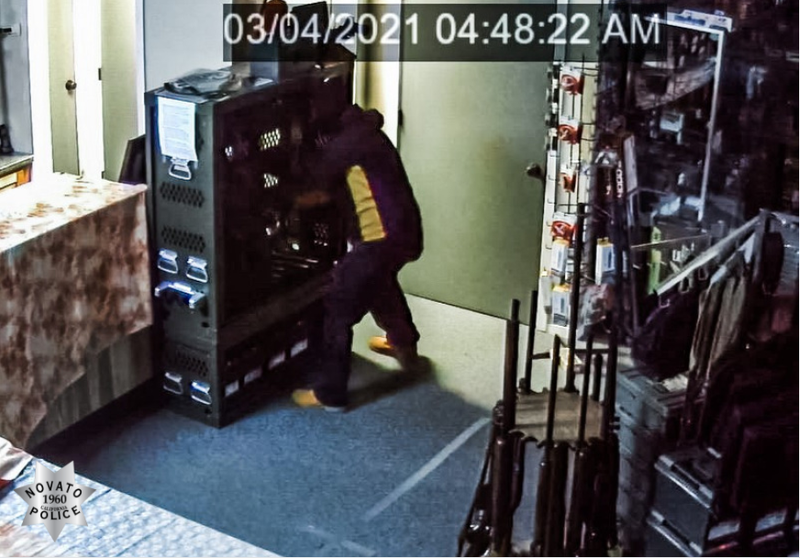 Police believe the man may have made off with one rifle. They recovered two more from the backseat of the car, which had been reported stolen in Novato.

Police are asking businesses on and near Alameda del Prado to check their surveillance recordings for the suspect or his vehicle.

The case remains under investigation. news
Universal Studios Hollywood reopens today after being shuttered for over a year
sports
Crazy nugget puts in perspective how long Joe West has been MLB umpire
news
Chiropractor first person charged under new COVID-19 act for 'bogus' health claim
music
2021 ACM Awards: Old Dominion has 'friendly competition' going on with these fellow ACM nominees
music
A public memorial for DMX will be held at Brooklyn's Barclay's Center
music
Patricia Arquette’s most awkward date was with a convicted murderer: ‘I gave him a fake number’