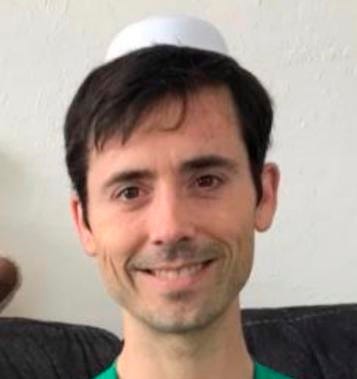 Philip Kreycik has been missing since July 10, 2021, when he went for a jog in Pleasanton Ridge Regional Park. Photo credit Pleasanton Police Department
By Natalia Gurevich, KCBS Radio

Philip Kreycik's loved ones haven't lost hope as the search for the missing jogger continues with no new evidence.

"We are all baffled that we haven’t found anything yet. Not even a trace, like a piece of clothing or a shoelace or anything," said Jen Yao, Kreycik’s wife in an interview with KPIX.

Kreycik's car was found at a trailhead on Pleasanton Ridge where he planned go for a run on July 10. The husband and father of two, 37, from Berkeley, never returned.

Because of Kreycik's running and wilderness experience background, his father Keith thinks it’s possible he’s made it out of Pleasanton Ridge now.

"He’s so strong that we think he could've gone a long, long distance. Even if you’re living in an area where you say, 'he never could’ve made it 20 miles over here,' in the time period we’re talking about it would’ve been very easy to get 20 miles away from the center of town," Keith Kreycik said.

He could be well beyond Pleasanton Ridge. The family is asking people to be on the lookout for signs of him and to check Ring cameras and outbuildings and office parks empty due to the pandemic.

Kreycik's family is stunned by the way volunteers have banded together to help.

"The outpouring of support has just been incredible from the community. Literally hundreds and hundreds of people are out supporting us," said Keith Kreycik.

Phillip is the father to a 3-year-old boy and a 10-month-old girl. Yao has explained his absence to them as simply, "he’s on a long run. He may be lost and we and so many other people are helping to look for him," she said.

His family believes he may have traveled as far south as Hayward, made his way onto the Iron Horse Trail, or possibly as far north as Berkeley. 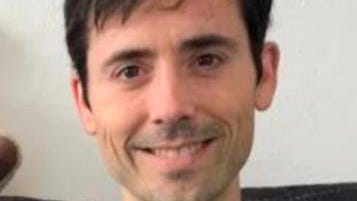