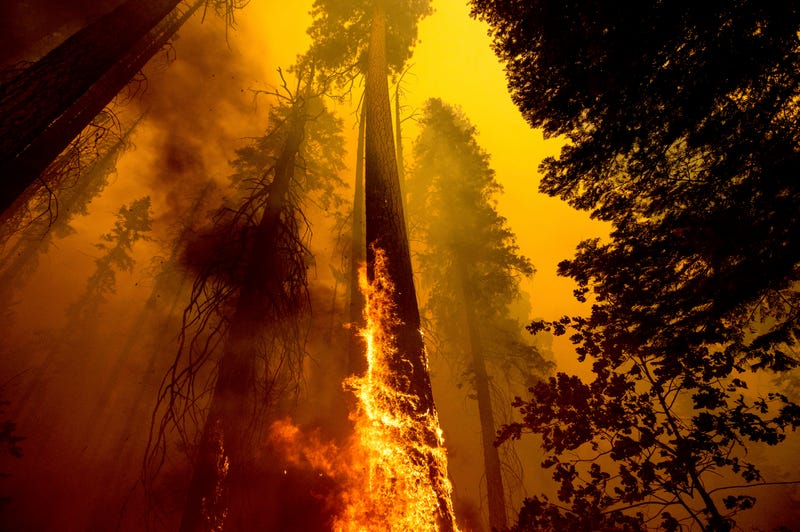 Firefighters battle the Windy Fire as it burns in the Trail of 100 Giants grove of Sequoia National Forest, Calif., on Sunday, Sept. 19, 2021. As of Monday, Sept. 20 the KNP Complex fires are 23,743 acres. Photo credit Noah Berger/AP Photo
By The Associated Press
Updated on

The Four Guardsmen, a group of trees that form a natural entryway on the road to the forest, were successfully protected from the KNP Complex fire by the removal of nearby vegetation and by wrapping fire-resistant material around the bases of the trees, the firefighting management team said in a statement Sunday.

The KNP Complex began as two lightning-sparked fires that eventually merged and has scorched more than 37 square miles (96 square kilometers) in the heart of sequoia country on the western slope of the Sierra Nevada.

There was no immediate word, however, on the full extent of damage in several other sequoia groves reached by a separate blaze, the Windy Fire, in the Giant Sequoia National Monument area of Sequoia National Forest and the Tule River Indian