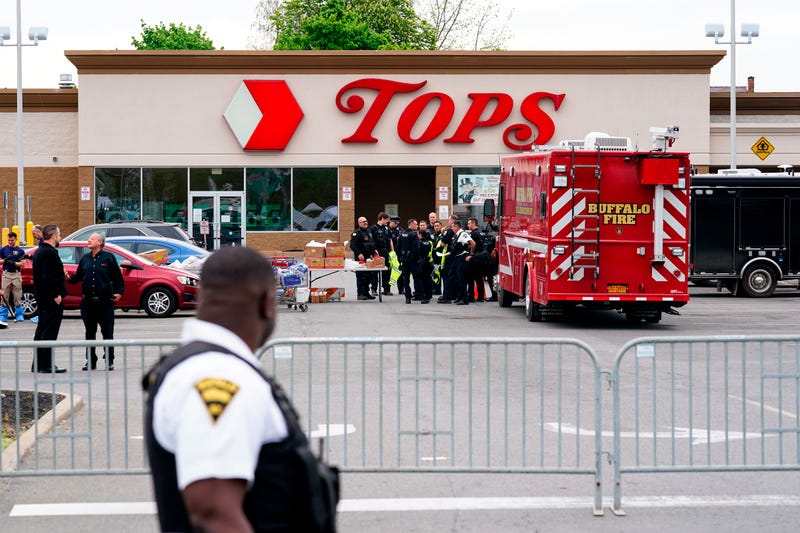 The 18-year-old gunman accused of a deadly racist rampage at a Buffalo supermarket seems to fit an all-too-familiar profile: an aggrieved white man steeped in hate-filled conspiracies online, and inspired by other extremist massacres.

Payton Gendron of Conklin, New York, appears to have been driven to action roughly two years from when his radical indoctrination began, showing just how quickly and easily murderous assaults can be spawned on the internet. No tactical training or organizational help required.

While law enforcement officials have grown adept since the Sept. 11 attacks at disrupting well-organized plots, they face a much tougher challenge in intercepting self-radicalized young men who absorb racist screeds on social media and plot violence on their own.

“That’s why everyone is so concerned. You just go and you pick your ideology — and then, if you have a weapon, you don’t need a big plan,” said Christopher Costa, former senior director for counterterrorism in the Trump administration's National Security Council. “What’s changed is the internet.”

Gendron is accused of fatally shooting 10 Black people and could face federal hate crime charges in the coming days. He purportedly left behind a 180-page diatribe in which he said the rampage was intended to terrorize nonwhite people and get them to leave the country. It parrots ideas left behind by other white killers whose massacres he had extensively researched online.

In the first years after the Sept. 11 attacks, U.S. officials were preoccupied by the possibility of organized terror cells mobilizing followers to launch fresh assaults against the homeland. They later worried about the possibility of self-radicalized Islamic jihadists acting on their own.

Now, white supremacists have emerged as a front-and-center focus. FBI Director Christopher Wray last year described the domestic terrorism threat as “metastasizing." White racially motivated extremists have been responsible for most of the deadliest attacks on U.S. soil in the last five years, including a 2018 shooting inside a Pittsburgh synagogue and a rampage the following year in which a gunman targeting Hispanics inside a Texas Walmart killed 23 people.

An unclassified report from the U.S. intelligence community last year warned that violent extremists motivated by political grievances and racial hatred pose an “elevated” threat to the country.

In recognition of the problem, the White House in March said its latest budget provided the FBI with an increase of $33 million for domestic terrorism investigations. In 2019, the FBI brought together in a specialized fusion cell agents who specialize in hate crime investigations with those focused on acts of domestic terrorism — a nod to the overlapping nature of the threats.

Federal authorities have in recent years prosecuted members of white supremacist and neo-Nazi groups, including Atomwaffen Division and The Base. These organizations have embraced a fringe philosophy known as “accelerationism,” which promotes mass violence to fuel society’s collapse, spark a race war or overthrow the U.S. government.

Those defendants' paths to digital indoctrination in some ways appear to mirror that of Gendron. The racist screed that has been attributed to him advanced ideas from the “great replacement” theory — a baseless conspiracy that says there's a plot to diminish the influence of white people — and chronicles his own experiences navigating dark corners of the internet.

A generation ago, indoctrination into extremist groups involved people meeting face to face, talking and swapping books, and as a result harmful ideologies weren't as likely to spread as quickly as they can today, said Shannon Foley Martinez, a reformed extremist who mentors people trying to leave supremacist groups.

“When I go and talk to middle and high school and university students and I ask them who has seen racist or antisemitic comments or content online, 100% of the hands go up,” said Martinez, who cut ties with extremists 28 years ago.

There's long been debate within the criminal justice system about the ability to rehabilitate racially or ethnically motivated extremists, or create so-called “off-ramps," for them before they commit violence. Once charged, several defendants have sought to renounce their ideologies, pointing to mitigating factors in their own lives that they said had warped their judgment and led to a poisoned set of beliefs.

After the Justice Department in 2020 charged four Atomwaffen members in Seattle in a campaign to intimidate journalists and others with threatening posters at their homes, defense attorneys sought to play up the similarities of their clients' backgrounds and radicalization path: They were bullied, friendless, ostracized; craving a community, they found each other on the internet.

Cameron Shea was addicted to opiates and living in his car when he found Atomwaffen.

“Ï was lost, sad, and (at the risk of sounding dramatic) angry at the world," he wrote in a letter addressed to the judge who sentenced him to three years in prison. “Choosing to lash out and feel angry at everything was easier than addressing the sadness and sense of displacement beneath it all.”

Taylor Ashley Parker-Dipeppe, who was 21 at sentencing, is a transgender man who was shunned by his peers and frequently bullied at his New Jersey high school, said his lawyer, Peter Mazzone. After a failed attempt to “connect with the LBGTQ crowd,” Parker-Dipeppe gravitated online toward an Atomwaffen cell in Florida led by a 16-year-old boy and became a “total follower,” his lawyer said.

“But he also felt he ‘passed’ as a man, was accepted by a ‘manly’ club, and was part of a group that would fight for him if necessary, as long as no one found out that he was actually transgender,” Mazzone wrote.

The Atomwaffen defendants either pleaded guilty or were convicted by a jury. All four were sentenced to prison terms or time already served behind bars.

While those men bonded on the internet, Gendron's online wanderings may have been a more solo endeavor. However, the statement he apparently posted online indicates he drew inspiration from other racist rampages, like the one by a white man who killed 51 people at two mosques in Christchurch, New Zealand, in 2019.

In the document, Gendron said he was experiencing “extreme boredom” as the COVID-19 pandemic progressed, and that in May 2020 he began browsing 4chan, a lawless messaging board that is popular for anonymous — and often violent or misleading — posts. Gendron said he first browsed the site’s gun messaging board.

Soon enough, he had stumbled upon neo-Nazi websites posted to the site and, then, a copy of the livestream video of the New Zealand mosque shootings.

“This document demonstrates a very clear trajectory from radicalization online to domestic terrorism and extremism,” said Sophie Bjork-James, an assistant professor at Vanderbilt University who researches the white nationalist movement and hate crimes.

Gendron shared screenshots of memes and conservative news headlines that helped him formulate his extreme beliefs in the document.

“Taking the megaphone away from those people is extremely important and right now that megaphone is on social media,” Bjork-James said.

Facebook did not take down the livestream of the New Zealand killing spree until 17 minutes after it was broadcast, leaving copies of the video to circulate indefinitely on seedier sites like 4Chan. Gendron’s livestream video also has spread across social media sites and could be used to indoctrinate more users.