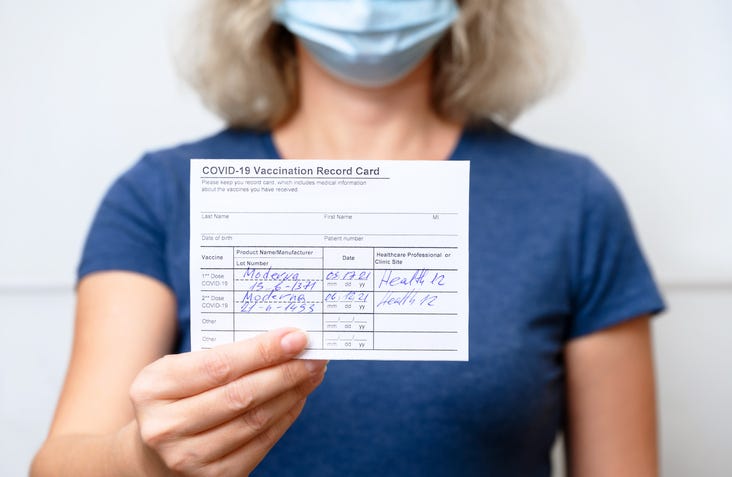 The Wall Street Journal detailed in a new report that several U.S. companies have been requiring employees seeking a religious exemption to answer questions.

Through the questions, companies are looking to protect the privacy of their employees while also identifying workers attempting to hide behind them for other reasons, the Journal reported. In addition, it has been reported that some workers felt the protocols were designed to discourage seeking a religious exemption.

General Electric is having its employees answer a 13 questions form. The questions ask if their religious beliefs prevent them from wearing a seat belt or whether they can take Tylenol.

Tyson Foods is doing something similar with their employees asking for an accommodation, although their form only asks two questions.

Employers are attempting to process religious exemption requests, meet federal requirements, and protect their workers by getting them vaccinated. The report also found that employers think vaccine accommodations should be rare and reserved for people who apply religious beliefs to the rest of their life, not just COVID-19 vaccines.

In all, the report looked half at eight major companies' religious exemption policies. This includes Amtrak, Walt Disney, Boeing, and United Airlines.

Employees for Amtrak were asked to fill out a 31-question form that asked how long they have had their religious beliefs, if they have tattoos or body piercings, and whether or not they eat foods that contain preservatives.

Amtrak also asked if they take medications like Motrin, as fetal cell lines were used during research, testing, and development, a common reason given for avoiding the COVID-19 vaccine.

Is the COVID-19 vaccine safe for children?

The Journal received access to the Amtrak form with the question that asked, "Is your request based on a belief that vaccines violate religious teachings that say 'the body is a temple of the Holy Spirit' or is your religious belief based on faith healing?"

Walt Disney Co. has its employees fill out a one-page form explaining their religious beliefs or practice and why it would not allow them to get vaccinated.

The company also noted on the form that it might ask to discuss the request with the employee's spiritual leader or another third party.

With no federal standard for how companies are required to verify religious exemption requests, each company has been left to develop such on their own.