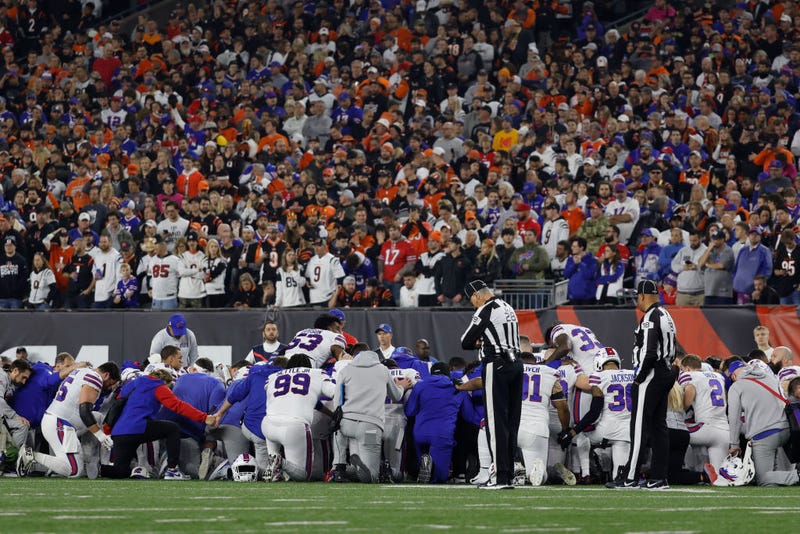 While it's not yet known what may have caused the 24-year-old's heart to stop, one thing is almost certain: COVID-19 vaccines likely did not play a role.

Within minutes of Hamlin's collapse on the field, anti-vaxxers sought to link the injury and the coronavirus vaccine, without any evidence and built on years of vaccine misinformation that has been seeded across social media, The Washington Post reported.

Footage of the incident shows Hamlin taking a hit to the chest, standing up and walking a couple of steps, then falling to the ground on his back, all within seconds.

Multiple cardiologists, who have not treated Hamlin, theorize he likely suffered commotio cordis. The phenomenon occurs when a sudden blunt impact to the chest causes the heart to change its rhythm, which can be deadly. Others have suggested Hamlin might have an underlying cardiac condition.

One of those conditions could be myocarditis, an inflammation of the heart most recently linked to mRNA vaccines for COVID-19, the Los Angeles Times reported. Hamlin's vaccination status is unknown, though the NFL has said nearly 95% of players are vaccinated.

According to the Centers for Disease Control and Prevention, it detected 131 cases of myocarditis, which can lead to cardiac arrest, among more than 123 million people who received COVID-19 vaccines. The CDC called it a "rare event" saying the risk was primarily observed in adolescent and young adult males, and when it does occur, cases are typically mild.

The CDC pointed out that myocarditis is far more frequently seen in the wake of run-of-the-mill viral infections, and was a more common complication among young males who caught the coronavirus than it was among those who got the vaccine, per The Times. The agency also noted that vast majority of cases related to COVID-19 shots occurred within a week of vaccination, and no deaths had been reported.

In the event that myocarditis contributed to Hamlin's injury, it would more likely stem from "plain, old viral myocarditis" than from a vaccine reaction, according to Dr. Mark S. Link, a cardiologist at University of Texas Southwestern Medical Center.

"Is it absolutely ruled out? No, but it's unlikely," Link told The Times.

In any event, blaming Hamlin's cardiac arrest on the COVID vaccine is "wildly and irresponsibly speculative," another expert said.

"It's way too early to speculate on a true cause of his cardiac arrest. There are a lot of theories, but you really can’t make a diagnosis from a five-second video," Dr. Michael Emery, cardiologist and codirector of the sports cardiology center at Cleveland Clinic, told Fortune. "[Hamlin] will need and will get a lot of testing to hopefully reach a potential diagnosis. The [suggested] link between the COVID-19 vaccine [and cardiac arrest] is wildly and irresponsibly speculative from a very vocal minority."

Hamlin's uncle told CNN on Tuesday the player remains sedated after he was resuscitated twice following his collapse, but seems to be "trending upwards in a positive way."

Hamlin is on a ventilator to relieve some of the strain on his lungs, which have been damaged. He has also been "flipped over on his stomach" to help with the blood on his lungs, his uncle said.

Hamlin collapsed on the field nine minutes into the first quarter of Monday night's nationally televised game against the Cincinnati Bengals after tackling wideout Tee Higgins. "His heartbeat was restored on the field and he was transferred to the UC Medical Center for further testing and treatment," the Bills announced.

The NFL said the game, which was postponed indefinitely with the Bengals leading 7-3, will not resume this week and that no decision has been made about playing it at a later date.

Hamlin's family issued a statement thanking fans for the outpouring of support for the ailing player.

"On behalf of our family, we want to express our sincere gratitude for the love and support shown to Damar during this challenging time," reads the statement, which was issued on Tuesday. "We are deeply moved by the prayers, kind words, and donations from fans around the country."

More than 206,000 fans have made donations to Hamlin's charity toy drive fund since his hospitalization -- for a total of over $6.3 million.

An update posted to the GoFundMe account says "Damar created The Chasing M’s Foundation to use as a vehicle to bring lasting impact to his community. The foundation supports toy drives, back-to-school drives, kids camps, and more. We're hopeful about Damar's future involvement in disbursing the incredibly generous contributions." 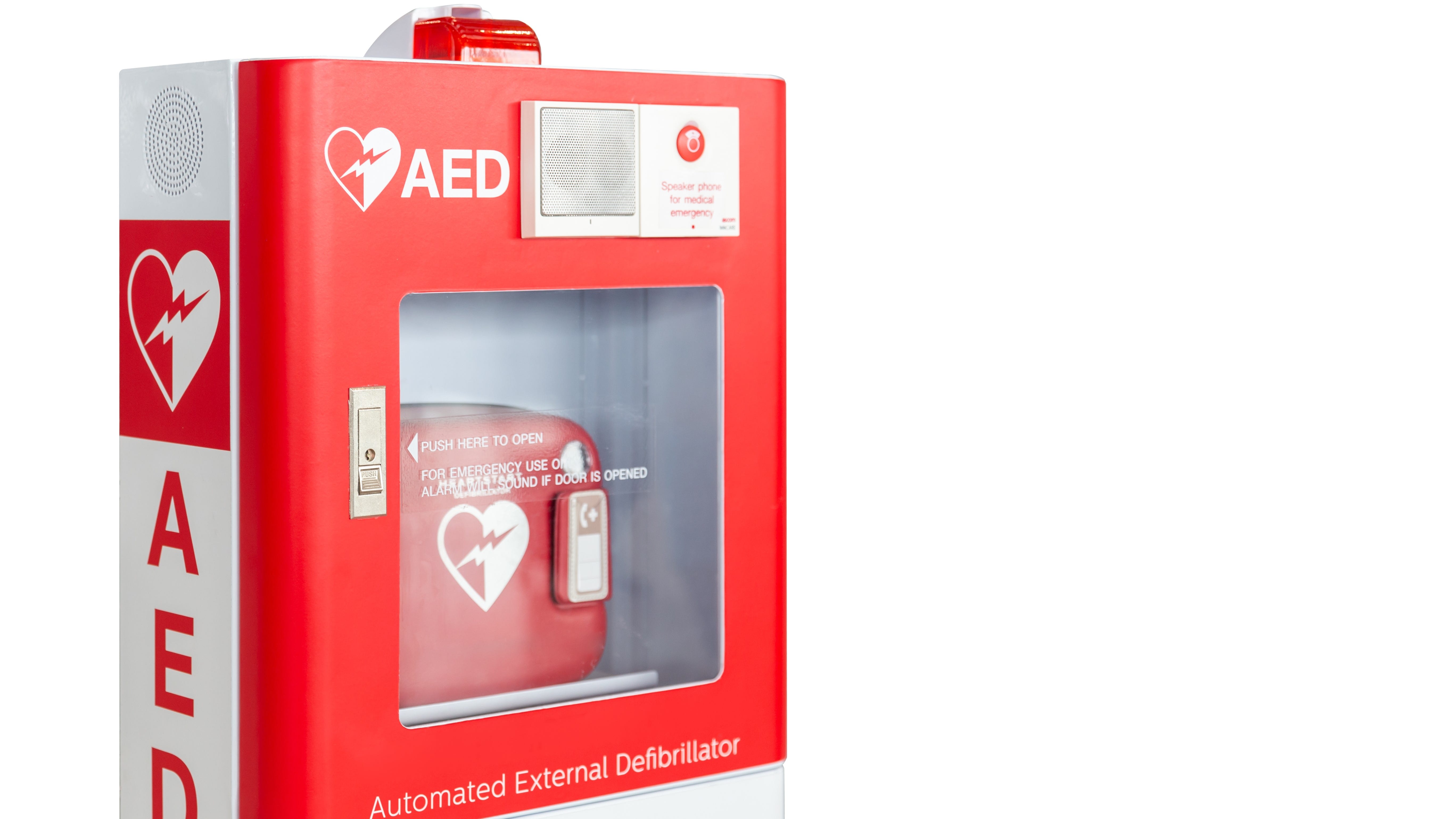 Timing, CPR training, could be the difference between life and death during cardiac arrest 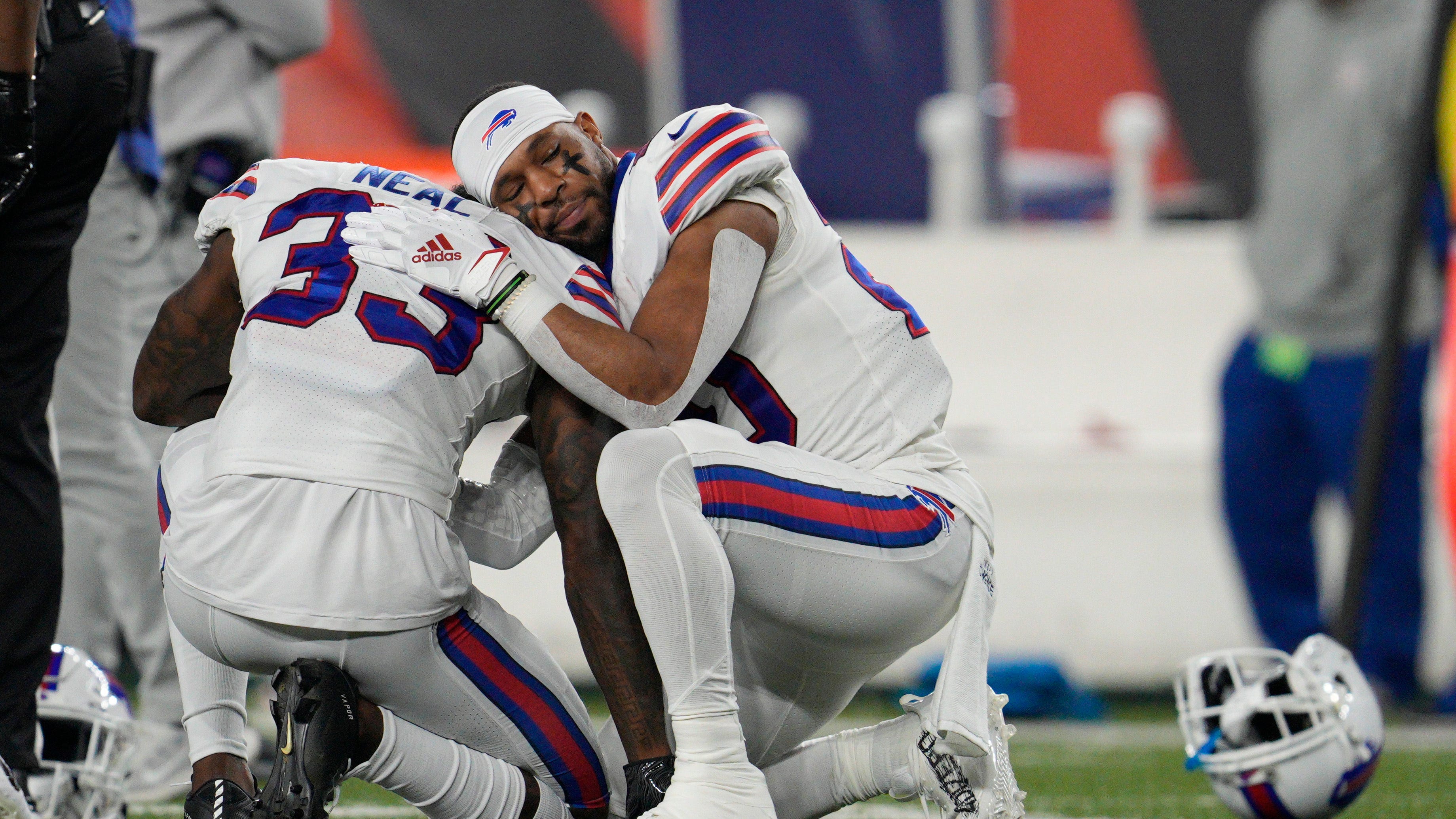