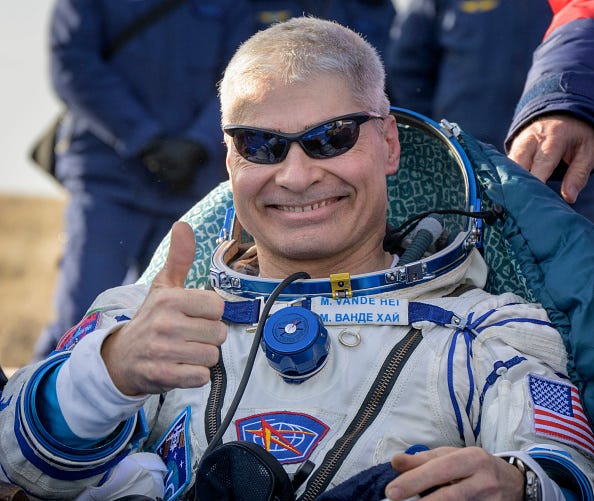 NASA astronaut Mark Vande Hei is seen outside the Soyuz MS-19 spacecraft after he landed with Russian cosmonauts Anton Shkaplerov and Pyotr Dubrov in a remote area near the town of Zhezkazgan on March 30, 2022 in Zhezkazgan, Kazakhstan. Photo credit Bill Ingalls/NASA/Getty Images
By Susie Jones and Joe Hiti, Audacy

Minnesota native Mark Vande Hei has broken the record for the longest space flight by a NASA astronaut.

Vande Hei, 55, spent 10 days shy of a year in space, concluding his mission on the 355th day. The trip was monumental, but tensions grew as things on Earth became hostile.

The Twin Cities native was on a spacecraft with two Russian cosmonauts, which made things tense as Russia began its invasion of Ukraine. In addition, the U.S. continued to speak out against and sanction the cosmonauts' country, adding to the tensions.

However, during a press conference Vande Hei, a retired Army colonel, shared that his mission was fine as he has found that he is at peace in space, having spent a lifetime total of 523 days in space.

"I was much better about carving out time most days, by and large, most days, to meditate," Vande Hei said during a press conference.

In total, Vande Hei made 5,680 orbits of Earth and a journey of more than 150 million miles, the equivalent of 312 trips to the moon and back.

Now Vande Hei holds the record previously set on March 2, 2013, by retired astronaut Scott Kelly. However, during an interview with CBS News, he shared that he was not expecting the mission to break the record.

"I didn't know with certainty that the flight would be this long when I launched, but I certainly knew that it was a possibility," Vande Hei told CBS News in January. "I felt like it was an opportunity to fill a need that we had, and I was very happy to be able to fill it."

Researchers will benefit from Vande Hei's extended time in space at a time when NASA is planning on returning to the moon and exploring Mars. Vande Hei will be the perfect example for them to research the effects of long-duration space flights on humans.

While researchers look at the physical effects, Vande Hei shared that staying connected to loved ones is critical for the mental aspect.

"I think in a situation where you're going to Mars, and you're looking back at the Earth, and you're basically trying to pick out what looks like a faintly blue star, that's going to be challenging for human beings," Vande Hei said. "That is a long, long way away, distance-wise."

The astronaut said that messaging either through text or video will be a hurdle, with delays in sending them playing a part. However, he said he does not doubt that it can be solved.

"We've been doing a wonderful job of identifying the challenges and coming up with solutions," Vande Hei said.

Vande Hei returned to Earth in Kazakhstan on March 30 in a Russian Soyuz MS-19 spacecraft after departing on April 9, 2021. His trip back from the International Space Station was with cosmonauts Anton Shkaplerov and Pyotr Dubrov. 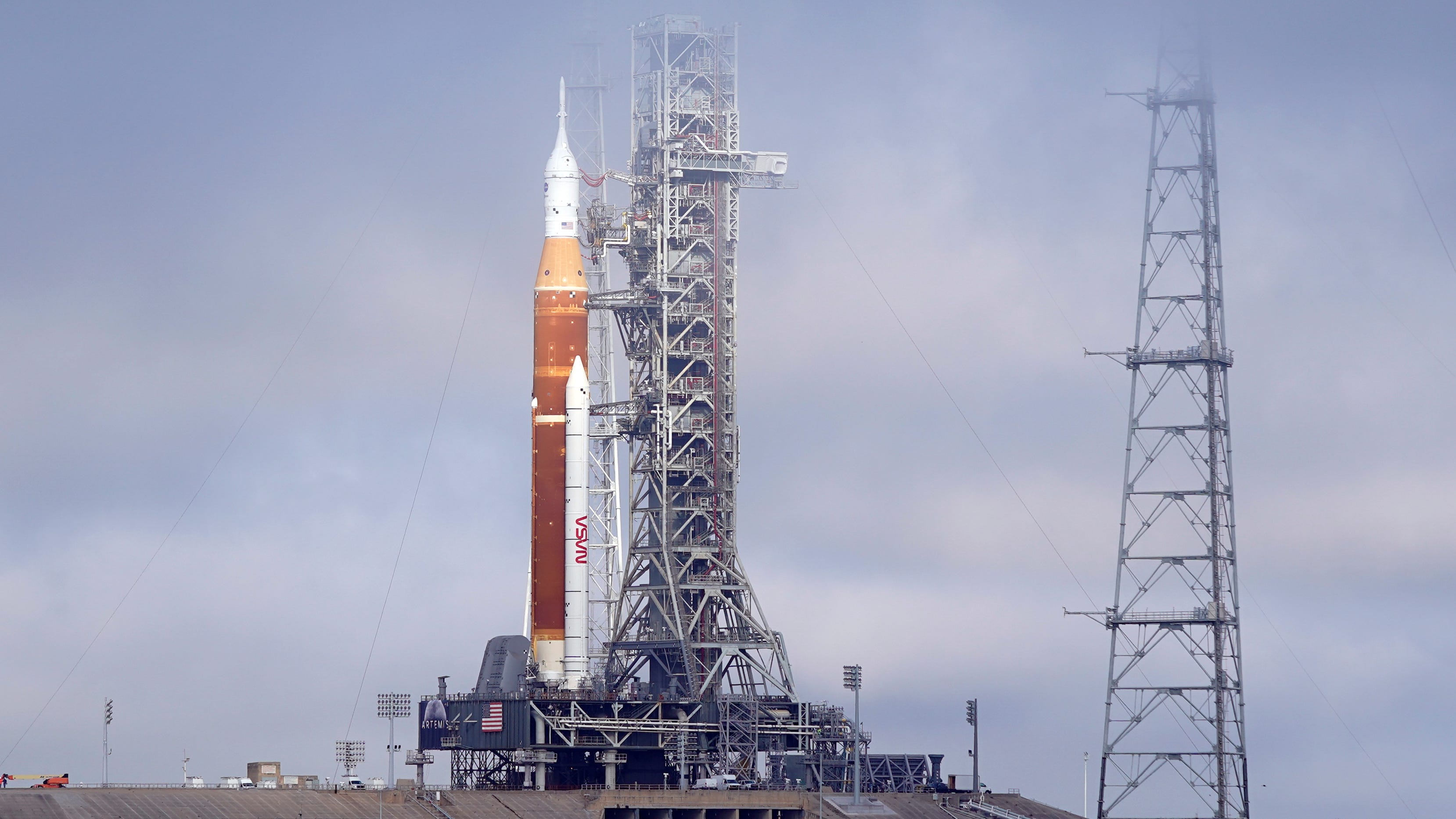 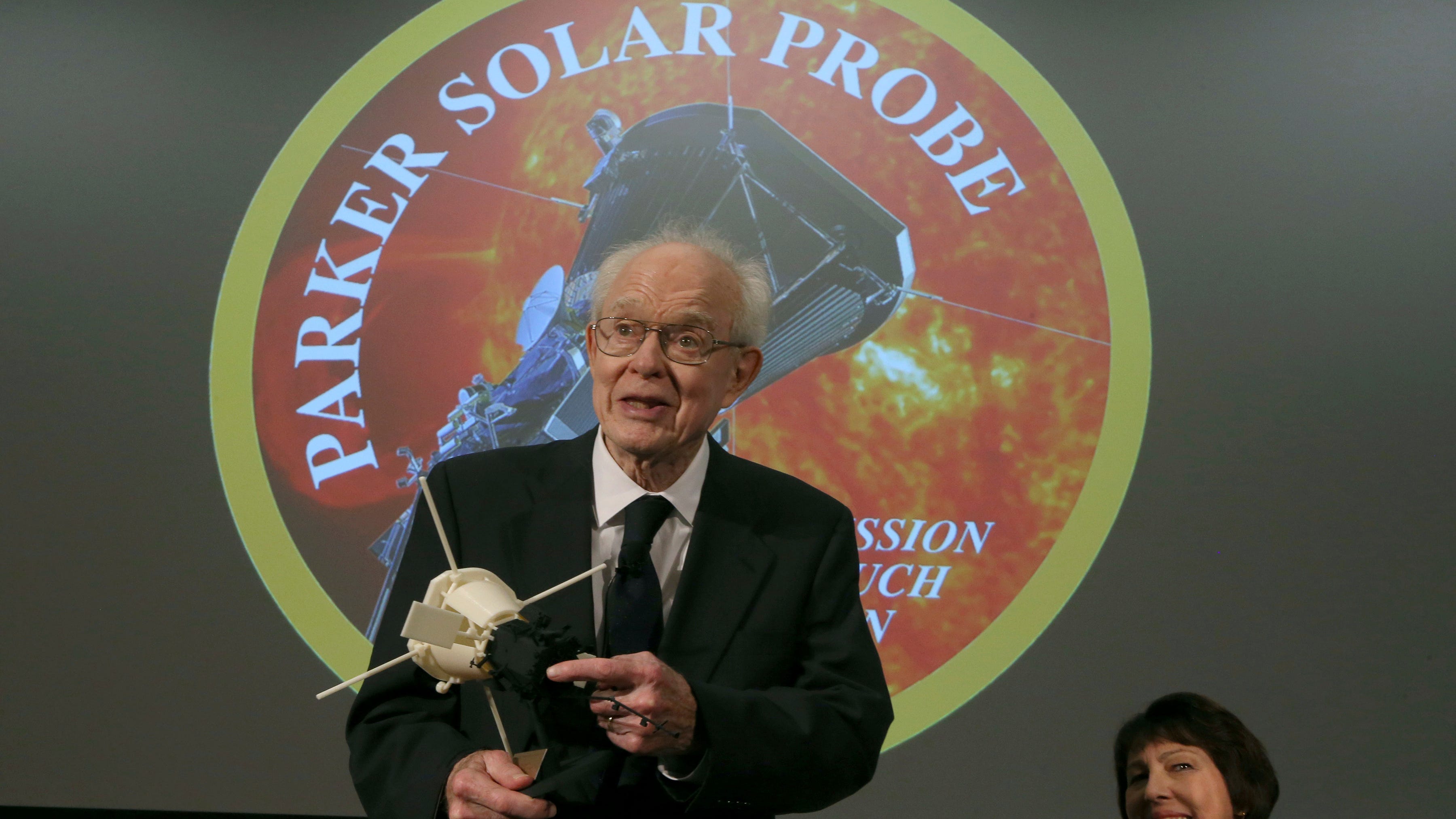