(97.1 FM Talk) - The reaction from a woman who witnessed a recent highway crash involving 100 lab monkeys has us baffled.

There were 100 cynomolgus macaque monkeys from Mauritius en-route to a CDC facility when the crash occurred on a Pennsylvania highway Friday. Three escaped, but were recovered the next day and had to be euthanized for possible health risks, according to CDC officials.

Emergency officials in the area warned people to stay away from the primates, but one resident failed to listen. 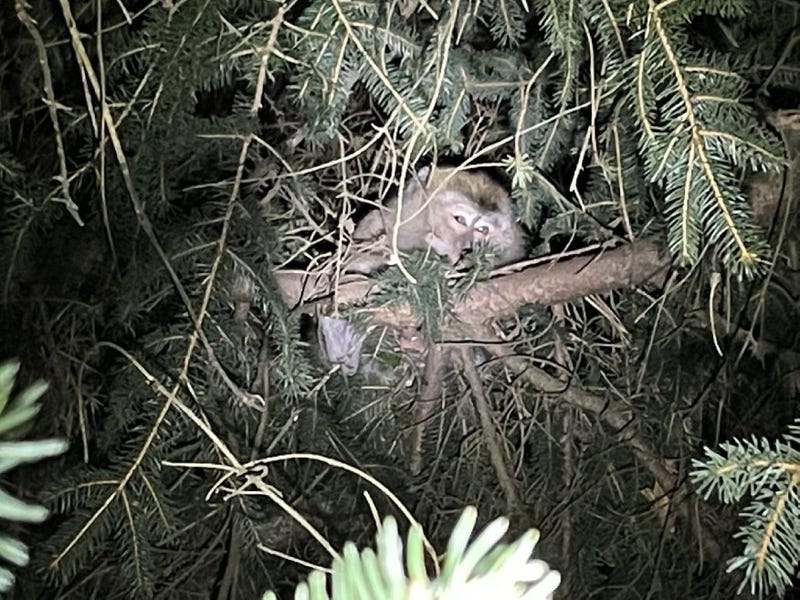 Michelle Fallon was following directly behind the truck when it crashed, tossing animal crates across several lanes of Interstate 80, according to WBRE. She shared on Facebook, that she approached the monkeys, close enough to touch them, walked through their feces and did have an open cut while she was close to them.

"What? What is this woman doing?" interjected Carl Middleman from The Marc Cox Morning Show.

Residents of a Pennsylvania county are being warned not to approach a monkey that was missing after a crash involving a pickup that was towing a trailer taking about 100 of the animals to a lab.https://t.co/u4ypf4GYXr

"Apparently, instead of contacting the state health department, this woman went on Facebook," chuckled Marc Cox, "and listed the fact that she's not feeling well. So now everybody's freaking out about what the monkeys might have had."

"We don't have any idea what the hell they were about to be tested for," says Cox, "they had just arrived in the country and had to be quarantined."

The CDC hasn't given an exact reason as to why the monkeys are in the U.S. The unnamed CDC-approved facility is often used to quarantine foreign animals, according to CBS News.