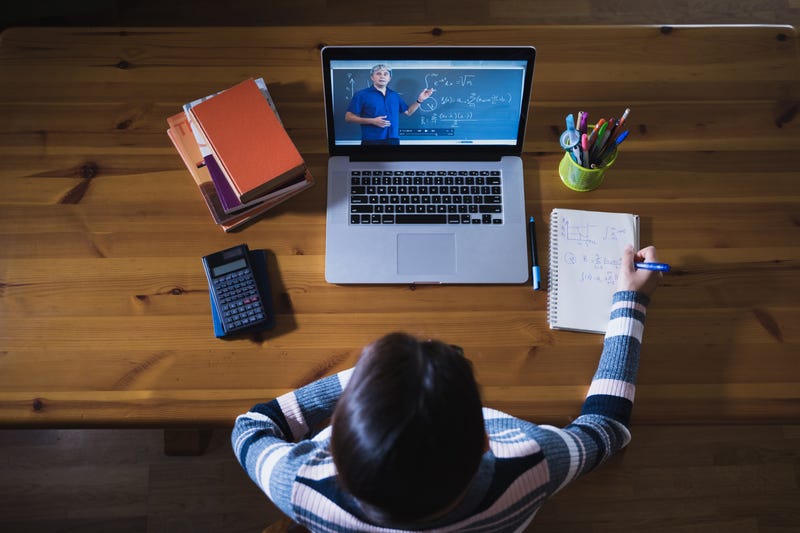 A Sacramento area high school teacher is in hot water after she was caught on video using an offensive gesture depicting Asian stereotypes during a Zoom lesson Thursday.

The Grant High School student advisor and Spanish teacher, identified by the Sacramento Bee as Nicole Burkett, uses her fingers to stretch her eyes up and down. "If your eyes go up, you’re Chinese. If they go down, they’re Japanese. If they’re just straight, you don’t know," the paper reported Burkett told students. 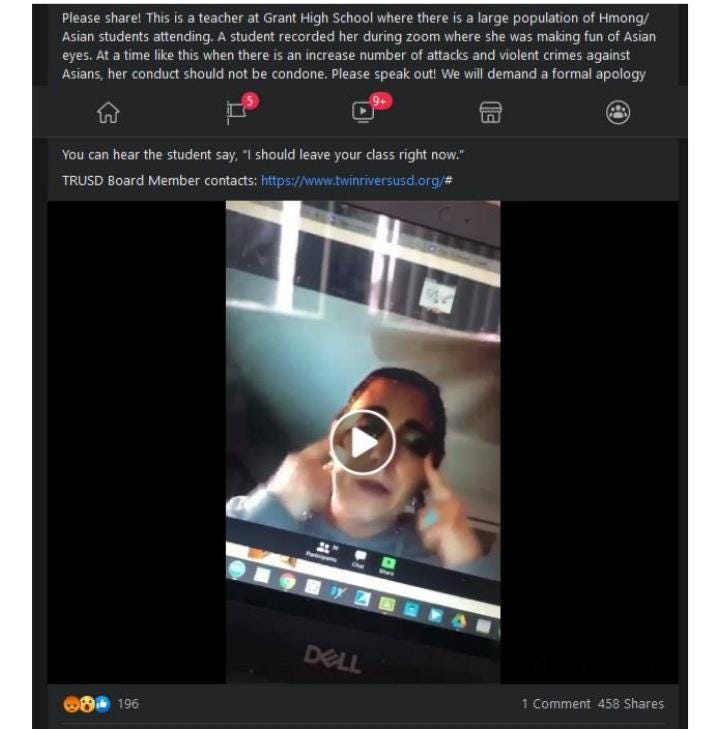 A screenshot of the alleged offensive gesture by a Sacramento area high school teacher, which was shared on social media but later taken down. Photo credit Maria Sepulveda

"It’s very concerning and for a number of reasons," she told KCBS Radio on Thursday. "In this district, there’s a history of discrimination. It reinforces continued divisive behavior and attitudes."

Sepulveda said she was told the teacher was supposedly teaching kids what stereotypes were like in the 1980s. "It’s really harmful to the students right now," she added. "It’s not helpful to the community at all."

An internal investigation has been launched.

"The Board of Trustees in Twin Rivers was stunned and appalled by the derogatory and racist comments made by a district employee, which have been posted to social media and are prompting understandable outrage throughout our community," Twin Rivers Unified School District Board of Trustees Michelle Rivas said in a statement to KCBS Radio. "On behalf of the entire Board and District administration, I want our community to know that this matter has our full attention and is being taken very seriously. The Board of Trustees will do everything within its authority to address the situation."

The incident comes during a wave of violence against Asian Americans, particularly in the Bay Area.

The Twin Rivers Unified School District made headlines earlier this month when two school board members reported threats, intimidation and broken windows over their plan to continue distance learning. 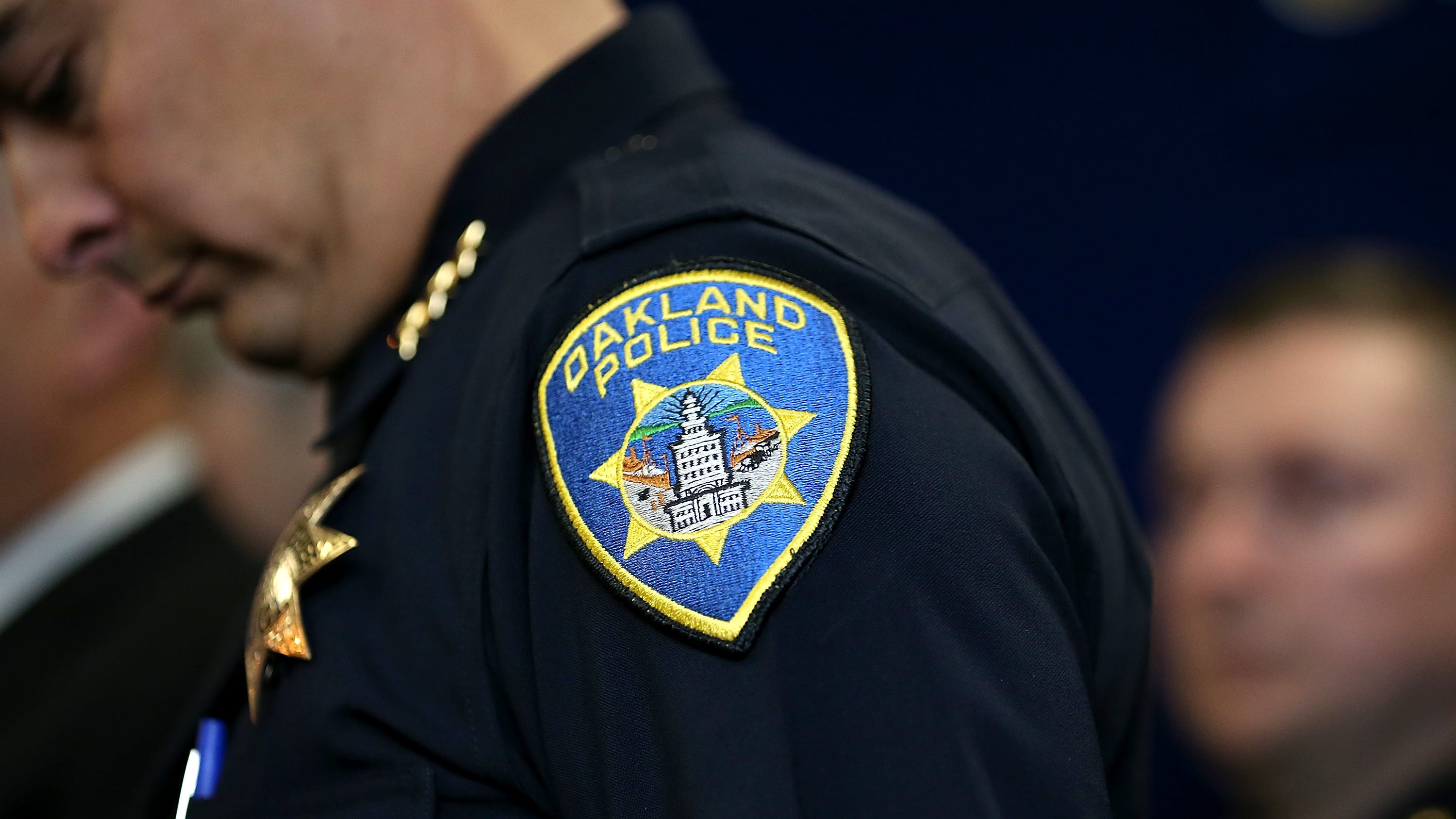