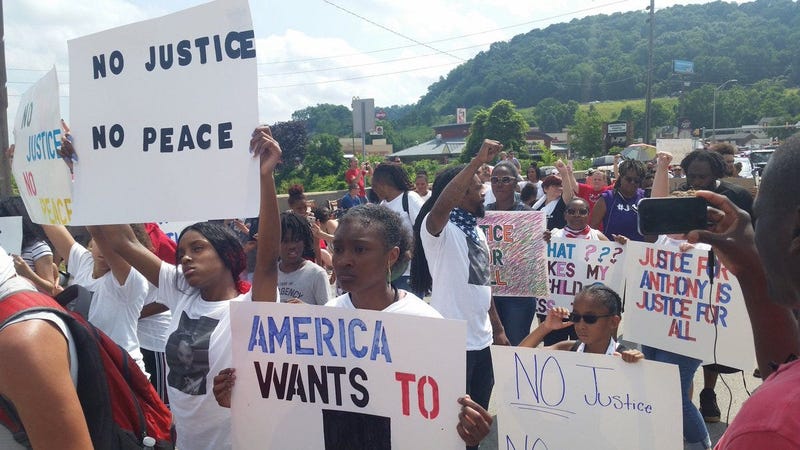 Activists had planned to protest the parade for more racial equality and enforcement in the Washington County justice system, claiming those who commit crimes against people of color are treated too leniently.

Organizer Trey Willis met with the mayor and chief of police Wednesday, and they all agreed to allow the demonstrators to march in the parade.

KDKA Radio’s Joe DeStio was at the parade, reporting that the local activists carried signs, some reading, “Justice for Anthony," "Justice for all," "No kid should live in fear,” and calling for equality.

“We just wanted a platform and we wanted to get our voices' heard and raise awareness to the issues that we’re fighting for,” Willis tells KDKA Radio. “We think that Canonsburg definitely gave us that platform and we’re appreciative of that.”

The crowd was generally receptive of the activists' participation in the annual parade. Holly Palivoda of Cecil tells KDKA Radio, "Their voices deserve to be heard… we should be a nation of peace and not one of discontent and division."

“This is the birth of our nation and we welcome the freedom of speech.”