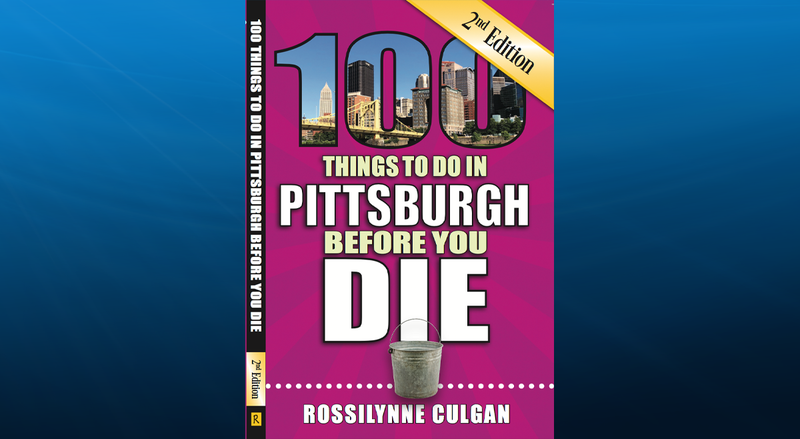 While Culgan says there is a lot more than 100 things to do in our area she “whittled down the list so that there was a little bit of something for everybody,” Culgan told KDKA Radio. “Maybe something for a date night, something for families, tried to cover as many neighborhoods in Pittsburgh as possible but certainly 100 is just a start.

Through her research she found a lot of “hidden gems” in the city that she didn’t know about.

“That’s my hope, that even longtime Pittsburghers who read this book will find something new,” said Culgan.

Of course Pittsburgh it known for Kennywood, Point State Park and Primanti Bros. but have you ever heard of Bayerhof Museum? Culgan says it is a music machine museum but even those not interested in a collection of music boxes will have a great time.

“Be Prepared to be surprised,” said Culgan.

Some of the other things in her book is a beautiful waterfall in Shaler at Fall Run Park as well as the oldest known human civilization right in Pittsburgh’s back yard Meadowcroft Rockshelter and Historic Village.

You can order the book here and meet Culgan at the book’s launch party on May 15 at Alloy 26.