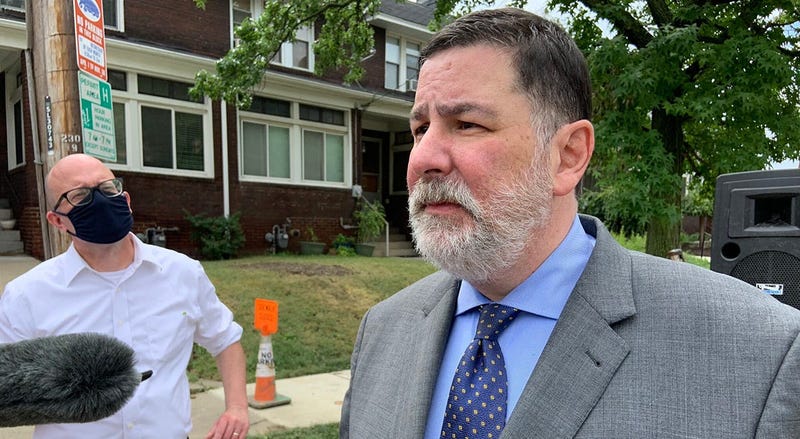 PITTSBURGH (Newsradio 1020 KDKA) - Asked his view of federal troops making arrests in Portland, Oregon and considered for other cities experiencing social justice protests and other violence, Mayor Bill Peduto said he would go to court rather than allow federal troops in Pittsburgh. "We don't have a national police force within our country," said Peduto. "Those types of actions are lead by governors and not presidents." The mayor said he would oppose federal intervention in court on Constitutional grounds. He said the city is currently studying the issue. "I don't think Pittsburgh is on anybody's list of cities considered to be out of control," said Peduto. The mayor did praise federal, state, and local cooperation on the Damage Assessment and Accountability Task Force. (DAAT) It's been looking into violence that occurred in late May and Early June at two protests over the death of George Floyd in Minneapolis. "I think they've been very effective," said Peduto. "They've been able to compile video evidence of the violence that occurred at both events. And now it's a matter of finding the individuals that were involved." Lorenzo Rulli, 24, of Pittsburgh turned himself in today on 14 charges including three felonies for alleged violent acts at those protests.