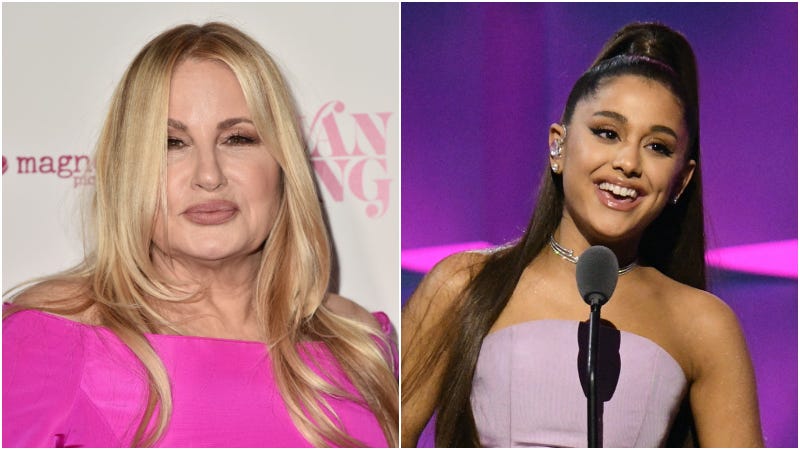 Jennifer Coolidge credits Ariana Grade for getting her acting career to bend and snap back on track.

In 2018, Grande did an impression of Coolidge on “The Tonight Show Starring Jimmy Fallon” and the “Legally Blonde” star believes it was the catalyst to receiving new opportunities in Hollywood.

“You should know that it was sort of the beginning of a lot of cool things that happened for me because — I don’t know — I was going through a dead zone, not much was going on,” Coolidge said of the impersonation to Fallon. “And then Ariana did this imitation on your show, and you encouraged her, and then this ball got rolling.”

After the impression went viral, the 60-year-old star’s friend urged her to reach out to the pop princess.

“My friend who is like her age, Theresa, she was like, ‘You know, you should DM Ariana and just say I thought it was such a good imitation,’” Coolidge added. “I was like, ‘No, she’s got like 260 million followers, those are robots! The robots answer the DMs, and we will never ever get to her.’”

She continued: “I did it anyway, and this response came back, and the next thing you know, I was going to her house, getting fit for a wardrobe fitting for ‘Thank U, Next.’ That was all because of Jimmy Fallon!”

In the music video, Coolidge reprised her role as Paulette from “Legally Blonde” as the “thank u, next” clip referenced the film and others like “Bring It On,” “Mean Girls,” and “13 Going on 30.”

Since then, Coolidge has appeared in the films “Like a Boss,” “Promising Young Woman,” “Single All the Way,” and the HBO limited series “White Lotus.”

The “Best in Show” actress will next be seen in the romantic comedy “Shotgun Wedding” alongside Jennifer Lopez and Josh Duhamel.