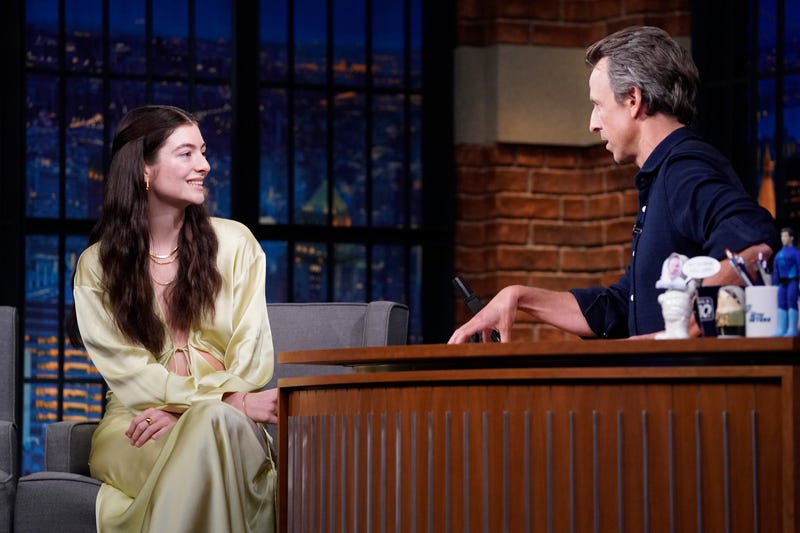 A post shared by Late Night with Seth Meyers (@latenightseth)

Lorde’s drink of choice was a classic Martini, however, Meyers also made some Lorde-themed drinks, like the “Solar Power,” which the singer said, “wasn’t terrible.” The duo quizzed each other on slang from New England and New Zealand, respectively Meyers’ and Lorde’s hometowns. Meyer’s also had to take a shot each time he forgot Lorde’s full name, Ella Marija Lani Yelich-O'Connor.

The “Stone at the Nail Salon” artist told the talk show host, “I can’t look at an alcoholic drink ever again. Someone came to my hotel and administered fluids to my corpse.”

The following evening Lorde had an appearance on The Late Show with Stephen Colbert, and Meyers explained that he was “very nervous” watching her perform after the day of boozing. The former SNL star applauded the New Zealand native for rallying.

However, Lorde did not let Meyers get away with anything too easily. She told him, “you did kind of destroy me.”

If you want to stay up to date on all the new Pop arrivals, whether from Lorde, or Billie Eilish, Olivia Rodrigo, and more, check out Audacy's Pop Now exclusive station on the Audacy App.