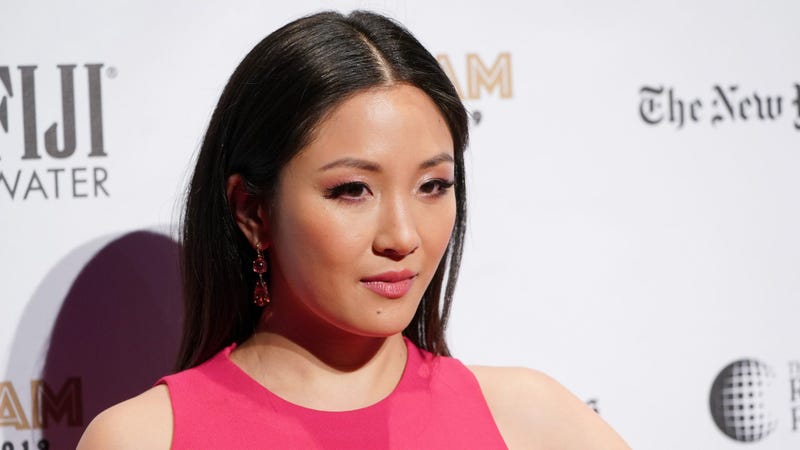 By Audacy
Actress Constance Wu recently returned to social media following a long mental health break from the platforms that she says almost cost her her life. Recently, the 40-year-old sat down to talk her mental health journey, new book and showing grace on the I Weigh with Jameela Jamil podcast.
LISTEN NOW: Constance Wu chats about her mental health journey on the I Weigh with Jameela Jamil podcast
Wu talked candidly about concerns surrounding mental health  during her appearance on the podcast. This included her own suicide attempt following criticism from fans for tweeting comments about the renewal of a television series she was on [Fresh Off The Boat] which were poorly received by followers.

“I feel like the worst is to come in terms of going through some uncomfortable things in purpose of a greater purpose.“ Wu said of opening up about her struggles, which are also a main topic of her book releasing in October 2022. “Last week I released a statement talking about how three years ago… I made a suicide attempt after there was sort of an internet pile-up on me over my perceived ingratitude. That was something that I kept private because I was ashamed of it.”

Sharing her truth with millions as she released a public statement took bravery, but Wu says that was easy compared to having to tell her family about what she’d been through. “The harder thing was my parents didn’t even know that I had attempted suicide. The only people who really knew were like, my therapist [and] I guess the person who does my insurance claims?”

She continued, “Honestly [telling family] was even harder than releasing that statement on Twitter. Telling my parents what almost happened and what I did. A big part of why I released it is because having these kinds of conversations with our Asian families is really hard… that reveals a lot about Asian-American families, ideas and conversation — or lack there of — around mental health.”

Listen to Constance and Jameela’s full conversation surrounding mental health, learning from mistakes, offering grace and dismissing stereotypes during the most recent episode of the I Weigh with Jameela Jamil podcast.
The I Weigh with Jameela Jamil podcast focuses on “challenging societal norms through conversations with thought-leaders, performers, activists, influencers, and friends about their own experiences and stories with their mental health.” Through hilarious and vulnerable conversations, Jameela and company amplify and empower diverse voices and celebrate success rather than perfection. Explore episodes here.
Audacy's I’m Listening initiative aims to encourage those who are dealing with mental health issues to understand they are not alone. If you or anyone you know is struggling with depression or anxiety, know that someone is always there. Additionally, the National Suicide Prevention Lifeline is available 24 hours a day, 7 days a week at 1-800-273-8255.