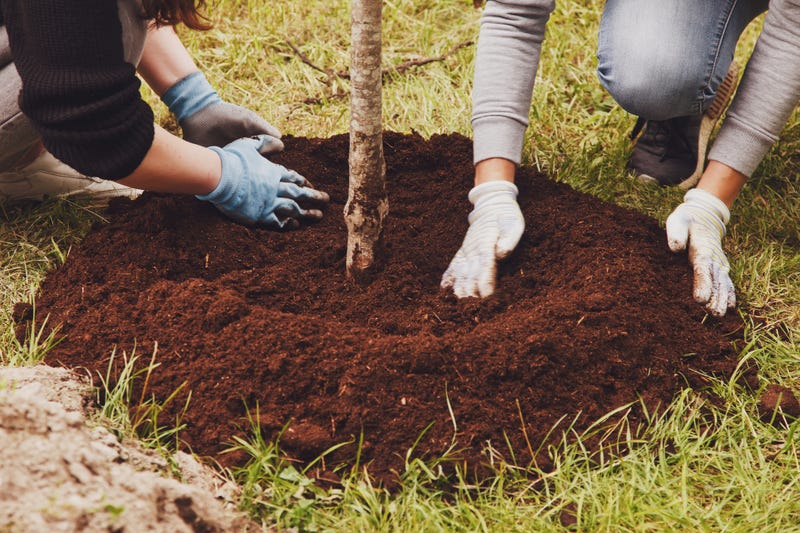 This gives the term “run it to the ground” a brand new meaning.

You might be surprised to find out that you're actually helping the planet by buying a new pair of shoes from the company Johnny Footwear, which developed a completely recyclable shoe.

Once the shoe is worn down and no longer wearable, it gets a brand new life as a tree!

Luc Houle, the founder of the company, was inspired by the character Johnny Appleseed, so the midsole of the shoe has an apple seed tucked into a secret compartment that will eventually grow into a tree after being planted.

According to the website, “We've combined timeless styling and sustainable practices to create the world's first shoe that not only looks great with any outfit, but also offsets your carbon footprint.”

The biodegradable compound will only activate once the shoe has been buried underground, per the website.

In about three years, an apple tree will emerge in place of the shoe.

The sustainable company launched a Kickstarter campaign, raising over $50,000.

The website now allows pre-orders with deliveries scheduled to go out in August 2022.

There are two Johnnies to choose from – a black or a white pair – both retailing for $135.

If you aren’t able to plant the tree, don’t worry, for every pair sold, the company will plant a tree on your behalf.

But not only are they good for the planet, but they’re good for your feet too!

They feature organic cotton canvas uppers, which is one of the “most sustainable materials” on the planet and “grown without the use of harsh chemicals.”

There’s a water-resistant beeswax coating that will act as a rainproof barrier “that wicks away droplets without polluting the environment with harmful chemicals.”

Another benefit? A collapsible heel for slip-on capability. “The recycled lycra easily folds down as you slip them on, then bounces back up to cup your heel and keep your shoes securely in place,” the website adds.

The company’s goal is to help clear out the waste in landfills. Per the United States Environmental Protection Agency, the main source of textiles municipal waste is discarded clothing, including footwear, towels, and sheets.

“Most people don’t realize the shoes they wear are harmful to the planet. They contain plastic that floods our oceans and landfills and sticks around for up to 1,000 years. Our compound feels like traditional athletic shoes, but they biodegrade in three years rather than the typical 1,000,” Houle told Earth.com in a previous interview.

He championed his idea, noting: “This is a new product, a new company and a new way of bringing innovation to the world.”