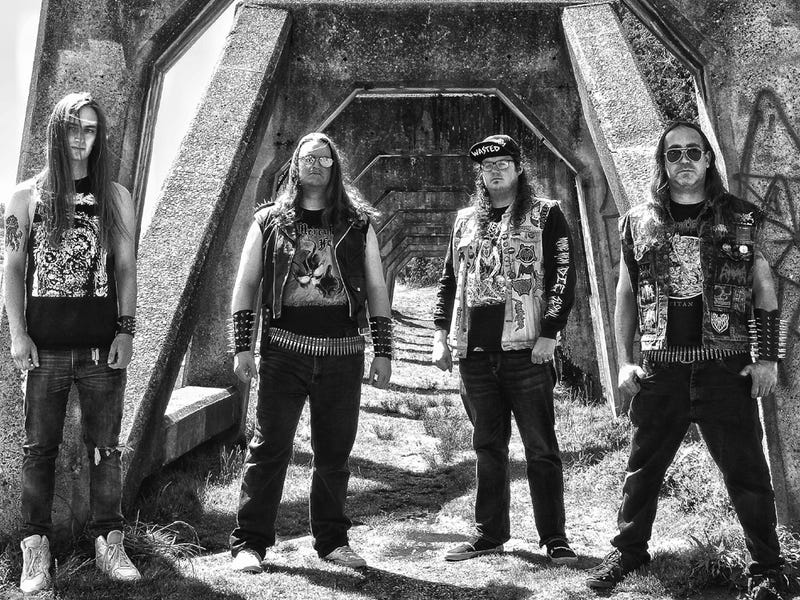 OFFICIAL BIO:
Kömmand first raised its dirty, steelbearing fist to the air in December of 2013 with the express purpose of crafting the most raw, obscure, bööze-drenched and filthy blackthrash offerings to the altar of the eternal RIFF.

With one boot firmly lodged in the 80’s and the other unapologetically stepping forward, Kömmand straddles the no man’s land between familiar and obscure, between straight-forward bulldozing and clever arrangements.

About their last album, “Savage Overkill”, metal-temple.com says “approach playing this one with caution, lest you induce severe headbang trauma.” and metalpurgatorymedia.com says it’s and “album that just punches you right in the jaw”.

Now with their third album “Stubborn Arsenal”, Kömmand is as scruffy, atonal and resolute as ever. This album builds on their previous exploits and adds new elements of speed, aggression and melody.

In no uncertain terms, Kömmand seeks to remind you to keep metal ugly, crude, and obscure!