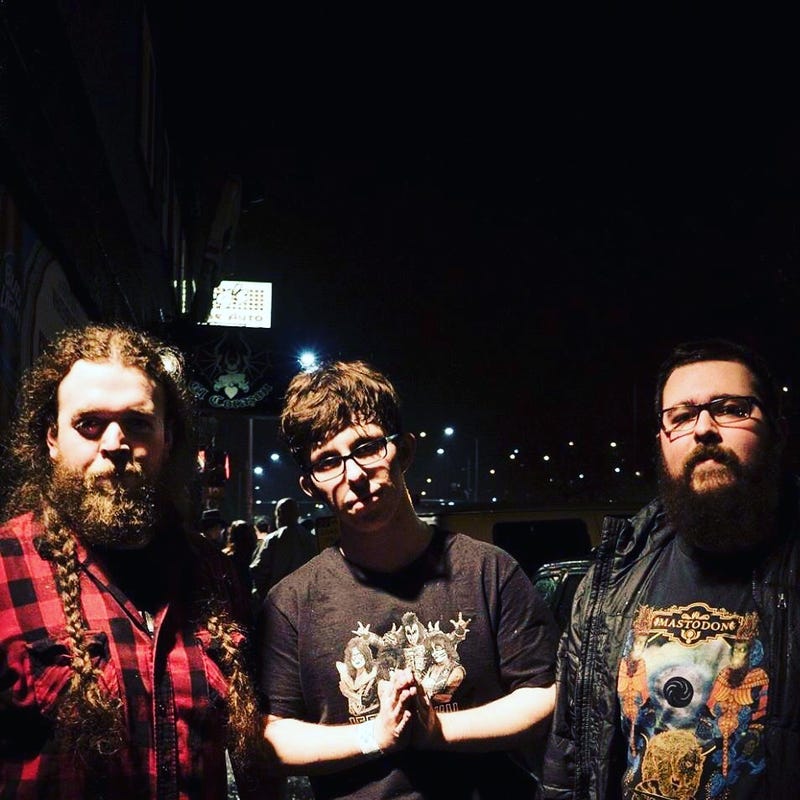 OFFICIAL BIO:
Reverend Bear is a three-piece band from Seattle, WA. They play a
self-described brand of heavy music called “Forest Rock,” which makes
sense when you hear their thunderous rhythms, crunchy guitars, and
soaring vocals. Each member brings a ton of various influences, while
also paying homage to all the classic bands of the area. The seeds for
the band were planted at the legendary Robert Lang Studios, where the
guys all studied audio engineering. The band returned there to record
their first record, “Mock the Dead.” Recently, they finished their
second album, Highest Calling, and are looking forward to getting back
on stage. The band consists of Andy (vocals/guitar), Jordan
(bass/keys/weirdness), and Pesely (drums/drums)